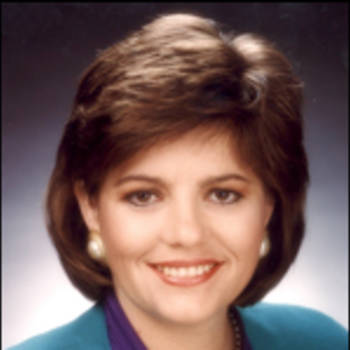 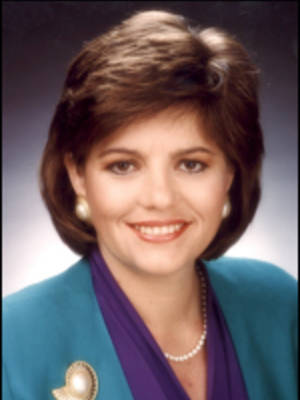 Lisa Myers is an Emmy-award-winning Senior Investigative Correspondent for NBC News, and one of the most respected journalists in the country. Her groundbreaking reports on the war on terror, politics, Iraq and corporate scandals such as Enron have triggered official investigations and altered the political landscape. Myers can be seen on the top-rated "NBC Nightly News with Brian Williams," "Today," "Meet the Press," MSNBC and CNBC.

After years of distinguished reporting as NBC's chief congressional correspondent, Lisa Myers was tapped in late 2002 to lead NBC's Investigative Unit. She and her team have since produced more than a hundred investigative stories on terrorism, politics and the billions in federal contracts flowing to Iraq. Myers made headlines in 2004 when, for the first time, she aired a top-secret CIA surveillance tape of Bin Laden shot prior to 9-11. That same year, she also broke an important story on Democratic presidential candidate Howard Dean, unearthing controversial statements Dean had made during years of appearances on an obscure Canadian television program. In addition, Lisa Myers served as chief correspondent on the Enron story, explaining and unraveling the biggest bankruptcy in history and its implications for investors. The in-depth reports included an exclusive interview with Linda Lay, wife of Enron CEO Ken Lay.

Previously, Lisa Myers covered seven presidential campaigns and was a floor reporter for NBC at four Democratic and Republican conventions. In the 2000 election, her extensive and varied reports for "NBC Nightly News with Tom Brokaw" and "TODAY" included breaking the story of Dick Cheney's selection as George W. Bush's running mate and a series of "Truth Squads," praised by TV Guide and critics. Lisa Myers also won critical acclaim for her "astute and clever" coverage of Ross Perot in 1992. Previously, she was NBC's lead correspondent covering the presidential campaigns of George H.W. Bush and Walter Mondale.

Lisa Myers is the recipient of numerous awards and honors. In 2005, she received a Gracie Allen Individual Achievement Award as an Outstanding Correspondent. In 2004, Myers and the NBC Investigative Unit won an Emmy Award for Business and Financial Reporting, for a series of critical reports on all the federal funds being spent to rebuild Iraq. Lisa Myers won a 2004 Clarion Award and, in 2003, she received the prestigious Joan Barone Award for her exceptional reporting on the Enron scandal.

Over the years, Myers has been well known for hard-hitting investigative reports. She received an Emmy nomination for a series of reports in 1999, revealing that the brutal murder of an Army private at Ft. Campbell, Ky., was an anti-gay hate crime and part of widespread harassment of gays in the military. Lisa Myers had a number of exclusives during the Clinton scandals--from Whitewater, to the 1996 campaign fundraising scandals, to Monica Lewinksy, to the Clinton pardons. On Dateline NBC, she aired an exclusive interview with "Jane Doe #5," Juanita Broaddrick, an Arkansas woman who claimed Clinton had sexually assaulted her.

Before joining NBC in 1981, Lisa Myers was White House correspondent for The Washington Star newspaper. While there, she covered the Senate and the 1980 campaigns of Presidents Reagan and Carter. Between 1977 and 1979, she was a Washington correspondent for the Chicago Sun-Times.

Lisa Myers received a Bachelor of Arts degree in journalism from the University of Missouri in 1973. She was born in Joplin, Mo. and now resides in Washington, D.C.