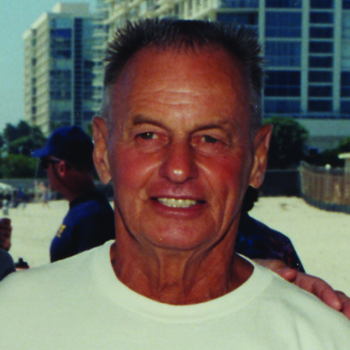 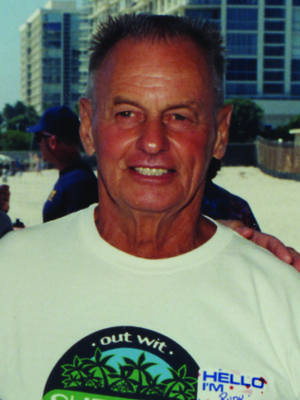 Rudy Boesch joined the Navy in April of 1945 and immediately volunteered for "secret and hazardous duty" with the Amphibious Scouts and Raiders, highly classified naval commando units. In 1951, six years after Scout and Raider training at Fort Pierce, Florida, Rudy completed UDT (Underwater Demolition Teams) training in Little Creek, Virginia, and was assigned to UDT-2 (redesigned as UDT-21 in 1953). He remained in UDT-21 for the next 11 years. During this period, he completed numerous specialized schools and deployed routinely to the Mediterranean and Caribbean areas with the Naval Amphibious Forces. Rudy Boesch became a proficient combat swimmer and expert in small-boat operations. In 1962, Rudy was one of the 50 hand-selected officers of the original SEAL (Sea-Air-Land) Team TWO, becoming one of their most distinguished members.

In 1967, Rudy was advanced to the rank of Master Chief Petty Officer and, between combat tours, served as the senior enlisted position of Command Master Chief. From 1968-1970, Rudy completed two combat deployments to Vietnam. Among his numerous awards, Rudy earned the Bronze Star Medal for heroic action during more than 45 combat operations. During and after his stint in Vietnam, Rudy Boesch was delegated the "Chief SEAL," and set physical and operational standards at SEAL Team TWO.

In the late 1980's, Rudy became the Naval Special Warfare Community "Bull Frog," a distinguishing award presented to the SEAL serving the longest time on active duty. Instead of retiring, Rudy Boesch was selected as the Senior Enlisted Advisor to USSOCOM. In August of 1988, Rudy headed to Tampa, Florida and entered into the "inner circle" of the Special Operations Command to advise on all enlisted matters of the Joint command. For his extraordinary performance, Rudy was awarded the Defense Superior Service Medal - an award not often given to an enlisted man.

Master Chief Rudy Boesch retired from the U.S. Navy after completing over 45 years continuous activity. He was honorably discharged on August 1, 1990. Rudy and Marge, his wife, are now involved in extensive volunteer work.

In 1992, Rudy Boesch captained a 38' power boat during the "Americas Cup 1992" event. In 1996, he captained a support boat at the Summer Olympic Games. He continues as a Red Cross Volunteer and drives support vehicles and performs essential services during disaster-relief operations. He is also a volunteer for the Virginia Beach Police Department. Involved with many organizations, Rudy is a founding member of the UDT-SEAL Association and a founding member of the Association's Board of Directors, having once served as their President.

He is also on the Board of Directors of the Special Operations Fund.
Rudy Boesch currently lives in Virginia Beach, Virginia. He and Marge have three children, Ellen Marie, Patricia Ann and Barbara Jean, and one granddaughter, Kelsey. His birth date is January 20, 1928.