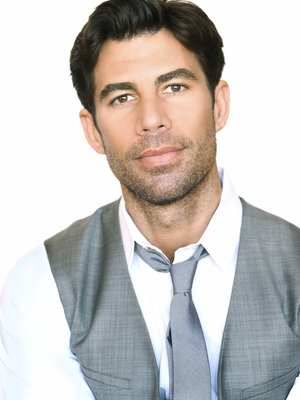 Nicholas Ferroni is a nationally recognized educator and activist who educates, mentors and inspires students to reach their goals while driving a national dialogue about education reform.

Named "Upstander of the Year" by the HRC (Human Rights Campaign) for his outspoken advocacy and support for LGBTQ youth, Nick was also noted as one of the "100 Making a Difference" and one of the "Most Influential Educators in America." His expertise and strong opinions about education and revisionist History have made him a sought after expert on national platforms including ABC's 'The View,' MSNBC, ABC, HLN and more.

Ferroni has become renowned for employing innovative and unique approaches to teaching his students. His social experiment on gender equality in politics went viral, garnering the attention of news outlets and television programs nationwide. The View's Whoopi Goldberg called it "The best social experiment ever." Nick's fight for women's rights and gender equality earned him awards from both the American Conference on Diversity and The Foundation for Gender Equality.

While Ferroni is often recognized for his ability to spark dialogue about the education system, the most unique catalyst came from People Magazine, who named his "Sexiest Teacher Alive" as part of their "Sexiest Man Alive" series. A lifelong advocate for health and fitness, Nick was also named one of Men's Fitness Magazine's "Fittest Men in the World," an honor generally reserved for prominent athletes and actors.

Ferroni released a controversial "Preach What You Practice" PSA, calling upon today's athletes and reminding them of their obligation as a role model to help improve the nutritional health of America's youth. Nick has also partnered with the production company Soulpancake on a series featuring his powerful social experiments, as well as a series celebrating amazing teachers.