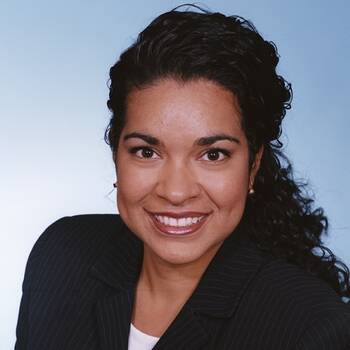 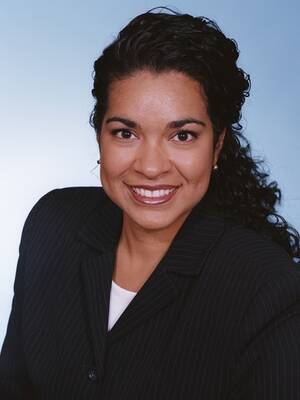 In 1995, Mercedes Ramirez Johnson narrowly survived a commercial airplane crash that killed 160 people, including her parents. As one of only four survivors of this tragedy, she vowed that she would make her second chance at life count and that she has - not only for herself, but also for the tens of thousands of people who have heard her story and her message.

Transformational, passionate, inspiring and genuine. That is how clients and audiences describe Mercedes and her programs. Many speakers who have overcome great adversity are deeply inspiring, but rarely offer their audiences more than momentary motivation. Content-driven presenters provide practical advice, but are often short on inspiration. Mercedes offers both. Weaving workable solutions throughout an emotionally compelling story, she touches people's hearts and minds. Her proprietary Second Chance Living concept, an innovative mindset and approach with a proven track record, offers participants a blueprint for change along with specific tools they can use immediately in their professional and personal endeavors. In addition, her message that experience is no guarantee is having a tangible and powerful impact on safety initiatives and programs across the country.

Before becoming a speaker, Mercedes spent nearly a decade in high-level sales in the pharmaceutical and medical software industries. A record-breaking, multimillion-dollar producer, she became the youngest female and sole Latino account executive at Cerner Corporation. As a result, she understands the challenges and opportunities today's professionals face and has both the capability and the credibility to cross professional, generational, gender and ethnic gaps to connect with people from all backgrounds and levels.

Mercedes and her story have been the subject of considerable national and international media coverage. Her extensive media experience includes appearances on ABC's PrimeTime, The BBC, National Geographic Channel, Discovery Health Channel and as a recurring guest on nationally syndicated daytime television talk shows. In addition, numerous national magazines and major-market newspapers have run cover stories and special-interest pieces about her.

Mercedes has received national awards for her work, influence and dedication to improving the lives of others. She was recognized as one of the country's top young Hispanic up-and-comers by People Magazine's Spanish edition, People en Espanol. INROADS, Inc., an international organization dedicated to developing talented minority youth, voted her Alumni of the Year. In addition, she was honored as Volunteer of the Year for Christ Haven for Children, a home for neglected children in Texas. In memory of her parents, she established a scholarship for minority students at Northwest Missouri State University, where she actively served as an Executive Member of the university's Foundation Board.

Mercedes, her husband and their children reside in the Dallas, Texas and are dedicated to philanthropic support for the National MPS Society -- an organization that provides research grants and support to families living with terminally ill children.