Author of The Latino Journey to Financial Greatness and Small Business, Big Life 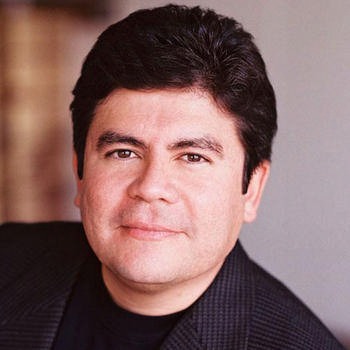 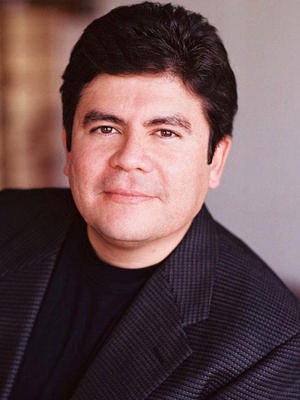 Louis Barajas is a premier example of the American dream. Born in the barrio of East Los Angeles and the son of Mexican immigrants, Louis began his financial and small business career in his teens by helping his father and mother with their wrought iron business. He graduated from UCLA in 1984, received his MBA from Claremont Graduate School in 1987, and attained a Certified Financial Planner designation from the Denver College of Financial Planning in 1990. After some personal life changing events and years' of experience at major accounting and financial planning firms in Southern California, Louis left the "yacht and Mercedes" crowd and returned to East Los Angeles in 1991 to form his own wealth and business planning firm. Louis Barajas wished to make a difference with the kind of people he grew up with - hard-working men and women who, because of a lack of information or understanding, often made bad financial choices that kept them from achieving the success, security, and significance they deserved.

Since 1991, Louis has become a nationally recognized expert in financial and business issues. Louis believes that creating abundance in underserved communities will happen only when people change their limiting and culturally conditioned beliefs about money. His goal is simple: to create an Economic Revolution for the Working Class, to help them attain greater abundance through more wise financial and business choices. In his books, speeches, seminars, personal and business coaching, Louis Barajas makes the complex and overwhelming world of finances and small business comprehensible, as he teaches people at every economic level the simple, practical, and powerful financial and business strategies to achieve Financial Greatness .

Rutledge Hill Press is publishing Louis' new book SMALL BUSINESS, BIG LIFE (also in Spanish - Micro Empresa, Mega Vida) in May 2007. This book is targeted to ordinary folk who want to be inspired to start and operate a small business while living a great life.

HarperCollins published his national best selling book, The Latino Journey to Financial Greatness in 2003 and El Camino a la Grandeza Financiera in 2004. Louis Barajas' book has been praised by many influential people in the country, such as, David Bach, Henry Cisneros, Moctesuma Esparza, Edward James Olmos, David Lizarraga, Marcos Witt, and Lionel Sosa. His book was also recognized by the Latino Literary Awards as the 2004 Best Self-Help Book.

Louis' titles of his 2 forthcoming books are:
Undiscovered Wealth - Financial Secrets from My NeighborHOOD
Financial Dignity for the Working Class: 4 Stages to Wealth and Happiness

Mutual Funds Magazine named Louis as one of the Top 100 Financial Advisors in the United States in September 2002.

Louis Barajas is the first Latino to be selected on the National Board of the Financial Planning Association (FPA). The FPA is a 28,000 member organization that fosters the value of financial planning and advances the financial planning profession. He served on the board from January 2004 until December 2006.

Louis served on the National Advisory Board for the Journal of Financial Planning from January 2003 to December 2004.

Louis was the small business expert for AOL Latino - Mi Negocio site from 2004-2006.

In May 2005, Louis received the Small Business of the Year Award from the Latin Business Association (LBA)

Louis Barajas currently writes a financial empowerment column called Doctor Dinero, for the national Latino Men's magazine, Open Your Eyes (OYE). From 1997 to 2001 Louis wrote a weekly financial and consumer advocacy column called Entre Numeros for the business section of La Opinion, the largest circulated Spanish newspaper in the United States. Louis has also been a contributing writer to other newspapers, magazines, newsletters, and websites.

Louis Barajas is clearly recognized as one of the national leading experts and advocates for financial literacy and small business for the working class. His purpose in life is to be the catalyst in helping people of all income levels attain their greatest life goals.

To Inspire Our Clients to Express their Full Potential and Live their Highest Purpose.

Selected as "Person of the Week" for Telemundo KVEA 52 (Los Angeles), April 1996

Selected as "Financial Planner of the Month" for Mutual Funds Magazine, September 2000

Selected as one of the "100 Top Advisors in the U.S." in Mutual Funds Magazine, September 2002

Awarded the "Inspirational and Leadership" award for the Boyle Heights College Institute, November 23, 2002