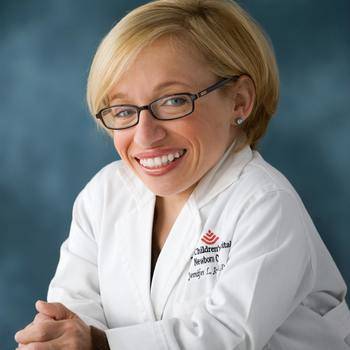 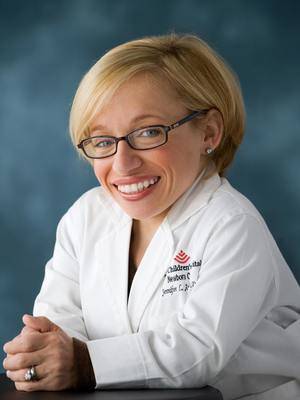 Jennifer Arnold, MD, MSc, FAAP is originally from Orlando, FL. She completed her undergraduate degrees in Biology and Psychology at the University of Miami in Florida. She then completed her medical degree at Johns Hopkins School of Medicine in Baltimore, MD and graduated in 2000. She attended a Pediatric Residency Program at Children's Hospital of Pittsburgh. During her fellowship in neonatology, she obtained a Master's of Science in Medical Education from the University of Pittsburgh. She is Board Certified in both Pediatric and Neonatal Medicine and is currently the Medical Director of a state-of-the-art simulation center at Texas Children's Hospital and is a practicing neonatologist at the largest NICU in the country.

Dr. Arnold has been involved in simulation education for the last 7 years. She was a NIH postdoctoral scholar at the University of Pittsburgh School of Medicine's Safar Center for Resuscitative Medicine from July 2006-July 2007 (NIH Training Grant # T32 HD40686). She has been funded for her simulation educational research through the Laerdal Foundation for Acute Medicine. Prior to coming to Texas Children's Hospital, Dr. Arnold completed a randomized controlled trial evaluating the effects of a simulation-based training program on pediatric resident neonatal intubation success and competency.

She has spoken both nationally and internationally on healthcare simulation education and has made numerous speeches for avenues such as the Texas Conference for Women, Shiners Hospital, March of Dimes and many more. She has received numerous awards including the Ray E. Helfer Award for innovation in medical education from the Academic Pediatric Association, Compassionate Doctor Recognition in 2010, 2011 and Patients' Choice Award for 2008, 2009, 2010, and 2011 from Vitals.com. She is an active member of the American Academy of Pediatrics, Academic Pediatric Association, Society for Simulation in Healthcare, the Children's Hospital Association, and has served on the Education Council for the National Association of Children's Hospitals and Related Institutions (NACHRI).

She stands at just 3 foot 2 and has a rare type of dwarfism called Spondyloepiphyseal Dysplasia Type Strudwick (which involved more than 30 surgeries). Dr. Arnold and her husband Bill (and their children Will and Zoey) are featured on TLC's docu-drama, The Little Couple, which follows their personal and professional lives and is now in its 7th season! She has also appeared on television programs including Oprah, The Today Show, GMA, Dr. OZ, The Doctors, Wendy Williams, Anderson Cooper and CNN among others.

The show has also proven to be an invaluable method to break down barriers and educate people around the country about people with disabilities.