HK Derryberry: The Boy Who Remembers Everything 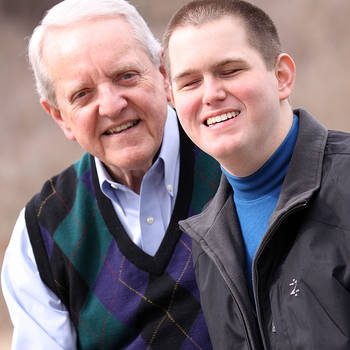 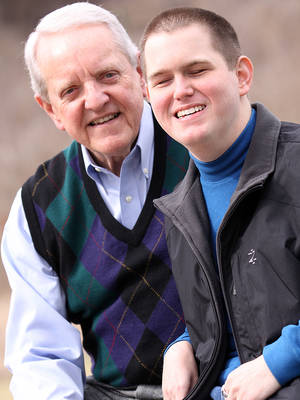 According to medical science, HK Derryberry should never have survived. Born July 8, 1990 in Nashville, Tennessee, this two-pound baby boy arrived three months premature due to an automobile accident that took his nineteen-year-old mother's life. Because of the accident and his premature birth, he was born blind with cerebral palsy and other lifetime medical issues. His father abandoned him at age five and his paternal grandmother has raised him.

HK's life was forever changed in 1999 when he unexpectedly met Jim Bradford, a local business executive who was married and had two grown daughters. HK and Jim became inseparable and Jim's personal mentoring and constant interaction exposed HK to a world he had never experienced.

Vanderbilt University medical researchers discovered that HK is among only a handful of people in the world with Highly Superior Autobiographical Memory (HSAM) allowing him nearly total recall of every detail and minute of his life since he was 4 years old!

Today, HK and Jim's inspirational message "If God Is In Your Life Anything Is Possible" captivates and inspires audiences everywhere. They have shared their story nationally with more than 100,000 people since 2012. In 2017, they were nationally featured in an "Inspiring America" segment of NBC Nightly News with Lester Holt and the Huckabee Show on TBN with Governor Mike Huckabee. In October 2016, their story was featured in USA Today. Their book, "The Awakening of HK Derryberry," is an Amazon bestseller and the 2017 Audi Award winner for the nation's best non-fiction faith-based audiobook. A German and Braille edition was released in 2018.

HK's life is a constant reminder that you can accomplish anything you desire in life by first defining your personal capabilities, maintaining a positive attitude, working hard, having fun, and never giving up. His audience takeaway is: "The only disability any of us have in life is a negative attitude."