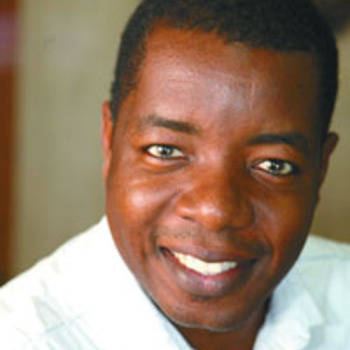 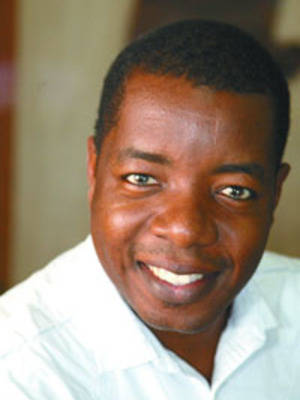 Born in Trinidad and Tobago Gardner moved to the USA at age 19 in search of a career in the arts. He failed high school in his native Trinidad and Tobago and did not have much of a future on the island. He entered Harrisburg Area Community College in Pennsylvania and began with remedial Math and English. After a year he transferred to City College of San Francisco where he completed his Associates of Arts Degree the following year. During his studies he took as many as 30 credits per semester and would work in the summers to pay his tuition. Gardner never received financial aid nor did he ever see the need to take out a college loan. He believed in hard work and even back then Gardner was debt free.

Gardner studied fine art at San Francisco State University where he received both his Bachelor's of Arts and Master's of Art degrees. In 1993 he did onsite research at Pixar Animation Studio in California, Industrial Light and Magic, and Pacific Data Image (now PDI/Dreamworks). Gardner crafted mixed media art and animation at The Ohio State University where he earned a Ph.D. in Art Education in 1995, becoming a US national expert in the area of Computer Art Education and composing a doctoral dissertation focusing on education and careers in animation and new media. He has written for numerous journals and magazines, officially being identified by Computer Graphics World Magazine as a subject matter expert in 1996. In that same year, Gardner founded the Digital Effect Computer Animation and Traditional Animation Festival (DECATA), a pioneering animation festival that was linked through distance learning technology.

1997-2007 Gardner authored 14 books on the subject of Art Education; under his industry leading publishing trademarks Gardner's Guide and Career Diary, he has published over 70 books that are used in colleges and universities in various countries including the USA, United Kingdom, Asia and the Caribbean. He has served as a professor of Art and Animation at various universities including William Paterson University, University of the District of Columbia and George Mason University, and has been a lecturer at The Ohio State University. He has also presented papers at the University of California Los Angeles, Florida A&M University and other institutions. Gardner has functioned as an art consultant for several organizations including but not limited to the New York Board of Education, Fashion Institute of Technology and Florida A&M University. He produced and directed Gardner's Great Animation Show. Inspiring youth to enter the visual arts, Gardner has presented at over 50 high schools in Washington DC, Maryland and Virginia. He has also presented at colleges around the world.

In 2004 he became a real estate investor. He has purchased over 40 houses within the first two years of investing and by 2008 he sold them off to focus on his art full time.

In 2008 Gardner created "Elements of Hope" a collage piece on Barack Obama. His art has been seen on CNN's Larry King Live, in the New York Times, featured on Universal Records pop culture album covers such as Rakim: The 18th Letter, 1997, and in numerous international publications. His 2010 "Haiti: Hope for the Children," was created to raise funds for the country following the earthquake.