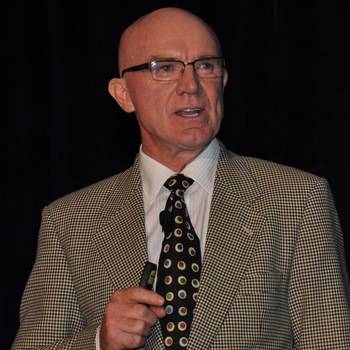 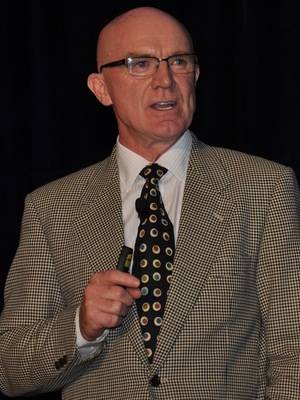 From Victory Circle to the Announcer's Desk, Hall of Fame Race Car Driver and Network Television Color Analyst Derek Daly has spent nearly three decades as the face of the motorsport world. He counts Sylvester Stallone, David Letterman and Jay Leno amongst his friends.

Born and raised in Dublin, Ireland to a middle class working family. On the way to his dream, he worked as a laborer in the iron ore mines of Australia and, while traveling the race tracks of England, even took up residence in a school bus.

He competed in the Formula One World Championship, being ranked 10th in the world. He made six starts in the Indianapolis 500 before winning the 12 Hours of Sebring endurance race, two years in a row.

In 1984, Derek suffered one of the hardest crash impacts that a driver had ever survived when he hit the wall at Michigan International Speedway at 212 MPH. After fourteen surgeries and three years in therapy, he returned to full-time racing.

When he retired from racing, Derek started a 24-year association with ESPN, NBC, CBS, and Fox Sports. USA Today called him as "the best new face on sports television" and IndyCar Racing magazine voted him "the most popular motorsports television announcer."

Derek literally wrote the book on motorsports success; Race To Win: How to Become a Complete Champion. He was honored to have international auto racing superstar Mario Andretti write the foreword. His second book, A Champions Path: Be Extraordinary was published in 2017.

Derek has three sons, Conor, Colin and Christian and resides in Indianapolis, Indiana. Derek became an American Citizen on September 28, 1993.