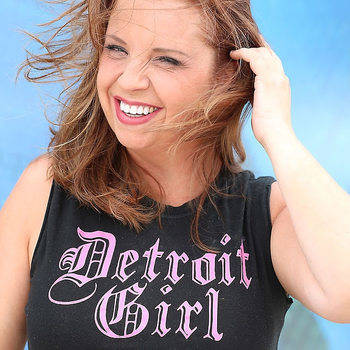 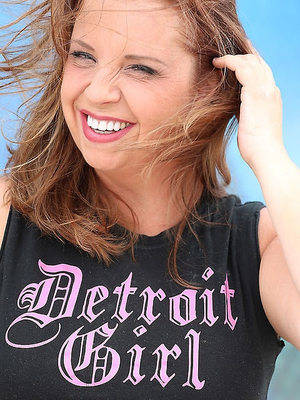 As a former recurring character on soaps such as Port Charles, Young and the Restless and a few parts in movies, Kerri Pomarolli was attracting big hitters in the industry. She came to Hollywood searching out that one role that would make her famous but found compromising her faith was not worth the star on the Walk of Fame. One night after much prayer it was apparent that God had other plans for her, Pomarolli was to do stand up. She was led to her first gig, in all places, at the world-famous Hollywood Improv. Although she performed in front of a very secular crowd Pomarolli was the only performer asked to come back. That was 12 years ago and Kerri has become one of "Hollywood's biggest Christian Spokespeople" ever since. Recently she was voted one of LA's Most Inspiring People by LA Voyage Magazine. In 2022, she was named Comedian of the Year by the Red Letter Awards.

Kerri Pomarolli is a national headlining stand up comedian who has worked with everyone from Jay Leno, Jim Carey, Sherri Shepherd, Carol Channing and Jerry Lewis. She's been featured on The Tonight Show 29 times, Comedy Central, ABC and many more. She hosted her own show on MOMTV and is a popular host on red carpets including back stage at the Emmy Awards and many Hollywood premieres (Moms Night Out film). Her latest book came out with the hit movie Mom's Night Out starring Sean Astin. She was featured on the Nick at Nite show Mom's Night Out and as an actor has appeared in many films and TV including General Hospital, Young and the Restless, Lifetime, ABC Family, CBS and many more. She is a screenwriter who sold her second film script to the Hallmark Channel. Kerri has been a correspondent for CNN's showbiz night as an "out of the closet" Christian in Hollywood. She has been featured on many TV shows discussing her faith in Hollywood.Kerri has appeared on just about every major network and has a featured act at LA's Hottest Comedy Clubs.

She's currently in her third year of touring with Comedian Bob Smiley with her sold out tour for singles: Single is Not a 4 Letter Word.

She's passionate about her faith and has been featured on CNN News as A Christian in Hollywood and TBN, CBN,Hour of Power and others. She speaks about 40 weeks a year on Christian platforms as a Comedian/Evangelist for events of all sizes. She has toured with Lisa Bevere, Laura Story, Newsboys, Ryan Stevenson, Joni Ericson Tada, Plumb, Cutless, Lisa Harper, Kari Jobe, and many more. She's been on tour with Family Life today to sold out crowds of over 10,000 and worked with Pastor Robert Morris at his GATEWAY campuses in Texas for over 10 years. She is currently featured on the Roku channel and Netflix.

Kerri's latest two books Confessions of a Proverbs 32 Woman and She Rises Late and Her Kids Make Her Breakfast: Devotions for the Proverbs 32 Woman hit the bestsellers list on Amazon. Kerri is a favorite retreat speaker and comedian entertainer. She's a very popular speaker in the secular corporate comedy world being featured on the cover of National Speaker Magazine 2018.She hosted the new show Chocolate World for Hershey Corp and enjoys working as an MC for events and red carpets. She even hosted part of the Dove awards at the Grand Ole Opry. Fans from 18 to 80 will relate to Kerri's lovable clean comedy and inspiring messages.