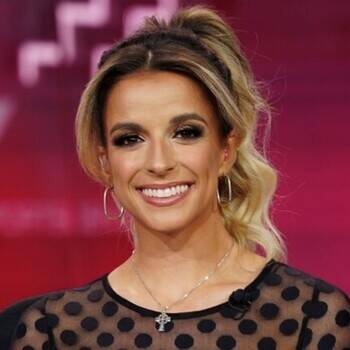 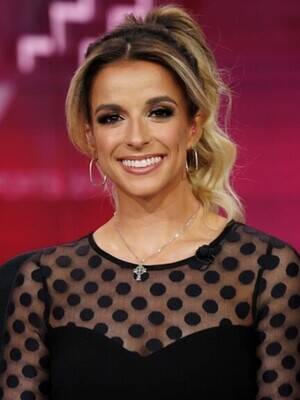 In 2005, Victoria was 11 years old when she came down with two rare neurological disorders, Transverse Myelitis and Acute Disseminated Encephalomyelitis. She fought for her life for five years, including four years in a vegetative state where she was 'locked' within herself, unable to communicate with those around her. At times, she suffered seizures for more than 20 hours per day. She was paralyzed from the waist down for a decade and incredibly, regained the ability to walk in 2016.

A lifelong swimmer and athlete, despite her illness, Victoria never gave up her childhood dream of competing in the Olympics Games.

In June of 2010, she returned to the pool for the first time in over ten years. Two years later, she qualified for the 2012 London Paralympic Games in four different events. There she won a Gold Medal, setting a World Record, and three Silver Medals.

Not long after the Paralympics, Victoria realized another dream, becoming one of the youngest on-air hosts ever hired by ESPN.

After emerging from four years in a vegetative state, Victoria remained confined to a wheelchair for ten years.

Later, her family opened Project Walk Boston, and there, after two years of therapy, she took her first unassisted step on a long and remarkable road to recovery.

One year after taking her first step, Victoria was back. In the fall of 2017, she competed on Dancing With The Stars for nine weeks and was eventually a semi-finalist.

During the show, her incredible story was seen and heard by millions, including appearances on The Ellen DeGeneres Show, in People Magazine, and in hundreds of other media outlets across the country.

Since winning her gold medal in 2012, embarking on her broadcasting career with ESPN, and gracing the dance floor of Hollywood, Victoria has been invited to share her incredible story across the country and has honed herself into emotionally powerful keynote speaker.

She has been a featured TEDx speaker, shared the stage with Preacher Joel Osteen and delivered the keynote address for numerous Fortune 500s including Pfizer, Disney, Microsoft, General Mills and Liberty Mutual Insurance.

Through her own heart-wrenching story, Victoria shares her BREAKTHROUGH FORMULA for overcoming even life's darkest challenges. She talks about finding gratitude, an alternative perspective, creating hope, and the power of unrelenting effort. She shares her recipe for using the obstacles in life to create leverage for long-lasting, meaningful change through a story your audience will never forget.