Pollster Scott Rasmussen is the subject of a fascinating profile in The Wall Street Journal.

Read the beginning of the article below or visit WSJ.com for the rest.

You can tell it's a volatile political year when a balding, middle-aged pollster gets a standing ovation from hundreds of state legislators after delivering the news that only 23% of the people in this country believe today's federal government has the consent of the governed. 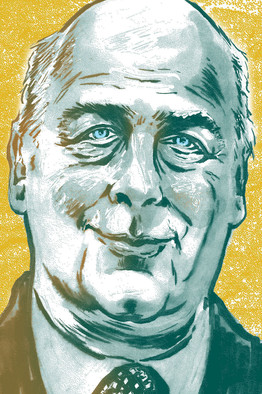 "Americans don't want to be governed from the left or the right," Scott Rasmussen tells the American Legislative Exchange Council, a conference of 1,500 conservative and moderate legislators. "They want, like the Founding Fathers, to largely govern themselves with Washington in a supporting—but not dominant—role. The tea party movement is today's updated expression of that sentiment."

Mr. Rasmussen tells the crowd gathered around him after his speech that the political and media elites have misread the tea party. He believes this strongly enough that he's teamed up with Doug Schoen—a pollster for both President Bill Clinton and New York Mayor Mike Bloomberg—to publish a new book that will seek to explain the movement's significance. "Mad as Hell" will be out early next month.

Thanks to the shifting tectonic plates of American society, polls have come to dominate our politics as never before, and Mr. Rasmussen is today's leading insurgent pollster. A co-founder of the sports network ESPN as a young man, now, at age 54, he's a key player in the contact sport of politics. His firm, Rasmussen Reports, has replaced live questioners with automated dialers so it can inexpensively survey a large sample of Americans every night about their confidence in the economy and their approval of President Obama. Key Senate and governor's races are polled every two weeks.

Some traditional pollsters argue otherwise, but time has shown that automated telephone technology delivers results that are just as accurate as conventional methods (as well as being far less costly). Mr. Rasmussen correctly predicted the 2004 and 2008 presidential races within a percentage point. In 2009, Mickey Kaus of Slate.com noted that Mr. Rasmussen's final poll in the New Jersey governor's race was "pretty damn accurate. Polls using conventional human operators tended to show [Democrat Jon] Corzine ahead. They were wrong."

Early this year, Mr. Rasmussen delivered the first early-warning sign that Scott Brown would change the direction of American politics. A Rasmussen poll showing Mr. Brown surging and only nine points down with two weeks left to go before January's special Senate election in Massachusetts attracted the instant attention of White House Chief of Staff Rahm Emanuel. "How had this happened? What the bleep was going on?" is how the New York Times characterized his reaction. A Boston Globe poll taken about the same time showed Democrat Martha Coakley with a safe 15-point lead.

Mr. Rasmussen has a partial answer for Mr. Emanuel's question, and it lies in a significant division among the American public that he has tracked for the past few years—a division between what he calls the Mainstream Public and the Political Class.

To figure out where people are, he asks three questions: Whose judgment do you trust more: that of the American people or America's political leaders? Has the federal government become its own special interest group? Do government and big business often work together in ways that hurt consumers and investors? Those who identify with the government on two or more questions are defined as the political class.

Scott Rasmussen is a motivational, engaging speaker who discusses politics, opinion trends and more. For information on how to bring him to your next event, visit PremiereSpeakers.com/Scott_Rasmussen.

Want Scott Rasmussen for your next event?

April 08, 2016
Despite the fact that they are currently bitter opponents, there are a lot of reasons to believe ...
Read more

As I've watched the 2016 campaign unfold, I've come to realize that the Millennial Generation has a better grasp on reality than the nation's top political journalists. The younger voters recognize that we live in a world where the culture leads and politics lags behind. Journalists, on the other hand, mistakenly cover political campaigns as if ...
Read More

Despite the fact that they are currently bitter opponents, there are a lot of reasons to believe Donald Trump and Ted Cruz could end up working together in the fall campaign. The basic reason is simple, it's in each of their best interests to do so. In fact, we already see examples of pragmatism drawing them together. Both Trump and Cruz ar...
Read More

"Creativity, Inc.," a book by Pixar and Disney Animation President Ed Catmull, is aimed at teaching leaders how to foster collective creativity. Perhaps more precisely, it's about how to remove the structural blockages preventing creativity from expressing itself.Reading that book amidst news from Ferguson, Missouri, I was struck by how many of ...
Read More

Things Will Get Worse Before They Get Better

In 1913, an entrepreneur "said in many newspapers and over his signature that it would be possible to transmit the human voice across the Atlantic before many years."; For that accurate assessment of reality, he was prosecuted for stock fraud. A U.S. District Attorney claimed that, "based on these absurd and deliberately misleading statements, t...
Read More

The Ability to Walk Away is Key to Empowerment

Politicians like to talk about empowering the middle class or other segments of the voting population, but they're typically a little fuzzy on what empowerment really means. That makes sense when you consider that elections are essentially about politicians asking to get power? rather than share it. The truth is that we all have more power as c...
Read More

Tech Entrepreneurs Have Greater Impact on Nation Than Presidents

The tech industry will have a more lasting impact on America's future than Presidents George W. Bush and Barack Obama combined. That's not the sense you get from reading the news these days, but journalists and historians always overstate the impact of politicians while underestimating the impact of entrepreneurs. That was true at the founding ...
Read More

Silicon Valley and the tech industry exude so much optimism it's contagious. There is a desire to solve the planet's most difficult problems and a belief they can do it. On the other coast, official Washington and the political industry are mired in pessimism. Rather than a sense that problems can be solved, the political discussion focuses on ...
Read More

College Education for Everyone is Not The Answer

A recent study estimated that getting a college degree is worth about a half-million dollars over the course of a graduate's lifetime. On the surface, that presents an open-and-shut case that college is worth the time and money involved. That's the conclusion reached in a New York Times column by Dave Leonhardt, who wrote, "Yes, college is worth...
Read More

For people who've ever struggled to find a taxi, Uber is great news. If you're in a decent-sized city, download its app, register, and you'll never wait for a taxi again. When you need a ride, all you have to do is pull out your phone, enter your request, and a car will be waiting. The reasonable payments are handled automatically, and the lack...
Read More

Doctors Must Serve Patients, Not Society

When we go to the doctor, most of us expect to receive the best possible advice on whatever ails us. Unfortunately, some medical groups see that as a quaintly archaic notion. Associations are recommending that the doctors should consider more than the patient they are treating. According to The New York Times, these groups want doctors to shift...
Read More