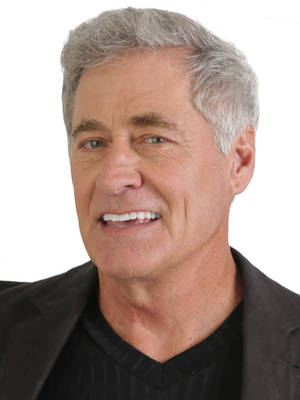 It's pretty simple what Mark Mayfield does: he talks about very serious stuff in a very funny way.

Mark has one of the most diversified backgrounds in the speaking industry having owned and operated several businesses ranging from livestock production to nightclubs to golf instruction, and also spent ten years as a lobbyist in Washington, D.C. and in thirteen state legislatures for a Fortune 500 company. That business experience combined with his work as a nightclub performer allowed him to create truly unique presentations. His tagline is simple: Solid Business Wisdom in a Brilliant Comedic Style. He is one of the rare individuals in the world who is equally adept at performing comedy shows or high content speeches.

He has received rave reviews sharing the stage with a wide variety of celebrities like Paul Newman, Peter Frampton, Colin Powell, and Bob Newhart and has introduced a President of the United States on a live, nationwide television broadcast.

He is happily married (although his wife is not) and is the proud father of two daughters. He is also the most annoying Grandpa on the planet.

From comedy shows to seminars, Mark's philosophy is simple say it with humor and people will take the message home. A national convention planner recently called Mark "one of the very few, really funny, inspiring men in America today." Mark's mom also said that once after a small bribe.