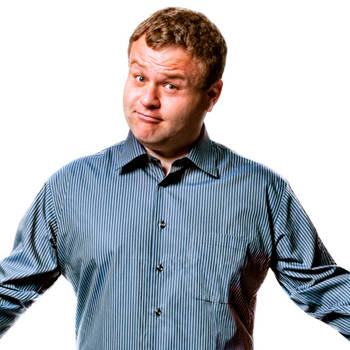 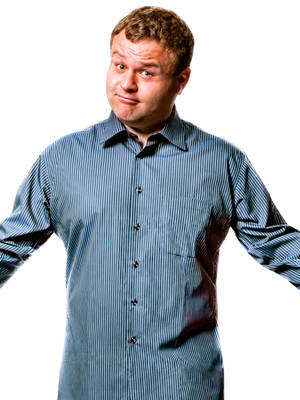 Born at the age of three in northern Illinois, Frank was already ahead of his time. Even on the day of his birth, Frank's two younger brothers knew something was funny.

Before he could even speak, Frank's mother noticed him doing an incredible impersonation of a young Dudley Moore. Of course Frank's father reasoned that all babies sound like they are drunk and heave all over themselves, but that is not the point. This kid had something special. He seemed likely to perhaps have a chance to maybe someday possibly become questionably close to one of the funniest persons alive.

Naturally it was never fully discovered how gifted Frank was, until one day when an unidentified philosopher named John Hartz would declare Frank as "talent"; ...not "a talent", "with talent", or even "a talented individual", but simply as "talent". Never before had any man ever been labeled with such vague ambiguity. This incited Frank, and almost immediately he would establish thoughts about becoming a stand up comedian.

Of course Frank didn't always want to be a stand up comedian. At a youthful age, Frank boarded a train to head for baseball's spring training as a fireball left-hander with blazing speed. After a short stop in Iolla, where he struck out one of baseball's greatest players with three straight pitches, Frank re-boarded the train to meet a woman who with the pull of a trigger would knock him out of baseball for the next sixteen years.

Frank would later return to baseball as a middle-aged rookie. He used a bat made from a tree struck by lightning (named "wonder boy") to help his New York Nights regain the pennant and thereby nullify the Judge's attempt to buy out all of Pop Fischers stock and take over the team.

In the final game of his career, with blood curdling from his loins, and the likelihood of his stomach exploding, Frank would face the image of his former self in a battle of the best ...but that is another story.

Back during the days when Michael was still called "Air", Frank became particularly aware of his abilities to impersonate. First was a garbage can, and then a pole, and even a small garden weasel. However, after transitioning through sixteen straight hours of anthropomorphic activity, Frank stumbled upon his best and foremost impression. His ability to re-create the daily activity of paramecium was simply uncanny; especially when he would split in two.

Of course, biologically, one can only evolve to a certain point before the world must be allowed to view such activity. Thus, we give you the current organism in his existing status; bold, strong, funny, and hermetically sealed for your enjoyment... The man formerly known as "obesive-one-kenobe"...Mr. Frank Caliendo. May the farce be with you.