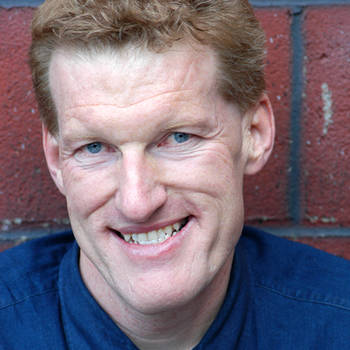 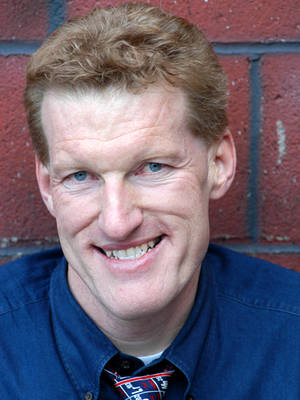 Don McMillan graduated from Stanford University with a Master's Degree in Electrical Engineering in 1982. (He has a BSEE from Lehigh University) He went to work for AT&T Bell Laboratories where he worked as part of the team that designed the world's first 32-bit Microprocessor. He then moved to the Silicon Valley (San Jose, California) where he worked at VLSI Technology as a computer chip designer. During his 6 years at VLSI he designed more than 50 Standard and ASIC Designs many of which are still out there today.

After winning the 16th Annual San Francisco International Stand-Up Comedy Competition in 1991, Don McMillan turned in his chips for a microphone. He went on to be $100,000 Grand Champion on "Star Search" in 1993. He's had numerous television appearances including "The Tonight Show" on NBC, CNN's "The Larry King Show", MTV's "Half Hour Comedy Hour", and A&E's "Evening at the Improv". Nowadays, you can catch Don headlining comedy clubs from the "Improvisation" to "Catch-A-Rising Star" across the country.

You most likely have seen Don McMillan as the star of fifteen national commercials for Budweiser Beer. He plays the Bud delivery guy who mans the "freshness hotline" and protects the world against "skunky" beer. He can also be seen in commercials for 7-11, Franco-American Ravioli, Little Caesar's Pizza, ServiStar Hardware, and United Airlines.

In the movies, Don McMillan is currently starring in the award winning independent feature "Don: Plain& Tall". It's the story of an engineer who tosses it all away to become a stand-up comic (sound familiar?). "Don: Plain & Tall" was awarded "Best Feature - Comedy" at the Back East Film Festival. The movie will be showing in other film festivals throughout the year. Don has also appeared in the feature length films: "Air Bud III--World Pup", "Life without Dick", "Macon County Jail", "Party Crashers", and "Fanatics". Don has guest starred on the TV series Star Trek: Voyager", "Babylon 5", "City Guys", and "Step by Step". He has also been profiled in both "Entertainment Weekly" and "TV Guide".

Don has not lost contact with his high-tech roots. He has performed over 300 shows for major corporations around the United States including IBM, Apple, Sun Microsystems, and Cisco (See "Corporate Comedy"). Don McMillan's corporate show utilizes his unique background to take a lighthearted look at computers, technology, and the high-tech life. His PowerPoint slides are like none you've ever seen. He is the only comedian that references "Avogadro's Number", "DRAM", "XML", and he Beta tests all his jokes.