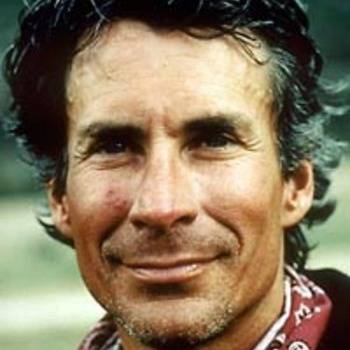 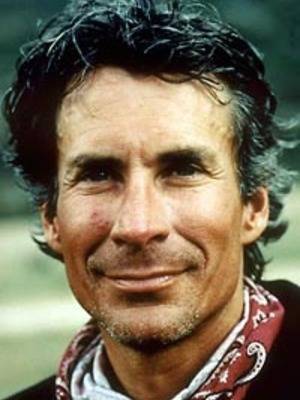 World-class filmmaker, adventurer and mountaineer David Breashears has combined his skills in climbing and cinematography to become one of the worlds most acclaimed adventure filmmakers.

His work has taken him to remote locations throughout Tibet, China, Nepal, India, Pakistan, and East Africa. In the spring of 1996, he directed, photographed and co-produced the first-ever IMAX film on Mt. Everest. This film, simply titled Everest, premiered in March 1998, and was released in more than 40 IMAX and OMNIMAX theaters throughout North America and Europe. The allure of Mt. Everest made this project the most eagerly anticipated IMAX film of all time.

When the now infamous blizzard of May 10, 1996, hit Mt. Everest, killing several climbers, Breashears and his team were in the midst of making their historic film. In the tragedy that soon followed, Breashears and his team stopped filming to assist several of the stranded climbers to safety. He and his expedition members were later recognized as heroes for their courageous efforts. Breashears and his team then regrouped and summitted the mountain on May 23, 1996, achieving their goal of becoming the first to attain IMAX film images from the top of the world.

Breashears is now speaking eloquently to audiences about the challenges he faced on his expedition and the tragedy that led to the deadliest day in the history of Mt. Everest. His multi-media presentations include a slide show of breathtaking images from his IMAX Everest expedition.

Breashears has said that if there is a lesson to be learned from the May '96 tragedy, it is that for him, success was not being the first IMAX team to summit, it was that everyone on his team survived, and that you can climb Everest and survive.
Over the past seventeen years, Breashears has worked on 27 film projects, ranging from full-length feature films to music videos. His film credits include: director of photography for Seven Years In Tibet (1996); director of photography and field-producer for Ice Princess (1995), a National Geographic Explorer film shot in Peru; director of photography and producer of the Telluride Mountain Film Festival Grand Documentary Prize-winning Red Flag Over Tibet (1994), a Frontline, WGBH-TV program shot in Tibet, India and Nepal; and Cliffhanger (1993), a feature film starring Sylvester Stallone, for which he was a cameraman, climbing consultant and advisor. In addition, Breashears transmitted the first live television pictures from the summit of Mt. Everest in 1983, and in 1985, became the first American to twice reach the summit of Mt. Everest. He is the recipient of four Emmy Awards for achievement in cinematography.
His 1996 IMAX Everest expedition is also the subject of the National Geographic book, Everest: Mountain Without Mercy (1997). Breashears published a memoir, High Exposure: An Enduring Passion for Everest and Unforgiving Places, in April 1999. His next IMAX mountain film will be Kilimanjaro: Mountain of Many Faces. "Kilimanjaro," scheduled for release in 2002, will portray the volcano's many faces, from the semiarid scrub of the surrounding plains and the mists of equatorial jungle to the alpine desert a mile above the clouds.

He also produced and photographed a PBS Science Film for NOVA, Everest: Thin Air, once again reaching the summit of Everest with camera in hand. This was his fourth ascent of Mt. Everest. The film aired in February 1998.