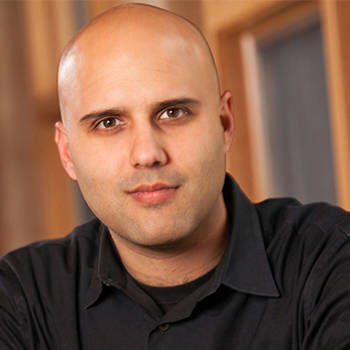 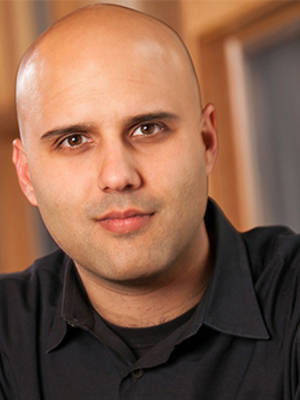 Skye Jethani is an author, speaker, consultant and ordained pastor. He also serves as the co-host of the popular Phil Vischer Podcast, a weekly show that blends astute cultural and theological insights with comical conversation. Between 2004 and 2015, Skye occupied numerous roles at Christianity Today, a leading communications ministry launched by Billy Graham. He served as both the managing and senior editor of Leadership Journal and as the Director of Mission Advancement for CT. He was also the senior producer of This Is Our City, a multi-year, multi-city project telling the stories of Christians working for the common good of their communities.

Skye has been a sought after consultant for groups facing challenges at the intersection of faith and culture like The Lausanne Movement, The White House Office of Faith-Based and Neighborhood Partnerships, and theInterfaith Youth Core. Apart from Christianity Today's magazines and websites, Skye has also written for The Washington Post's "On Faith" column, Relevant, ChurchLeaders.com, and he is a regular contributor to The Huffington Post. Skye is frequently featured on radio programs around the country including Moody Radio's Midday Connection, WORDfm in Pittsburgh, Chicago Public Radio's Vocolo, and 180 with Karl Clauson on 1160am in Chicago.

Prior to his roles with Christianity Today, Skye served for six years in full-time pastoral ministry at Blanchard Alliance Church in Wheaton, Illinois, as a teaching pastor. He is a "Featured Preacher" on PreachingToday.com, and Skye speaks regularly at churches, conferences, colleges, and retreats both in the U.S. and internationally. He has been invited to speak at events including Q, Catalyst, Newsong Church, Mars Hill Bible Church, Fellowship Missionary Baptist Church, and the U.S. Naval Academy Chapel. In recent years he has preached at both megachurches and led small workshops on topics including faith and consumerism, leadership, interfaith cooperation, spiritual formation, global mission, church trends, Christianity and politics, biblical justice, faith and vocation, and Common Good Christianity.

Skye has authored three books: The Divine Commodity: Discovering a Faith Beyond Consumer Christianity (2009), WITH: Reimagining the Way You Relate to God (2011), and Futureville (2014). His latest writing project is the WITH GOD DAILY DEVOTIONAL, a subscription-based daily email designed to help a smartphone generation begin the day with God.