Founding Member of the the US Army's elite Delta Force, Executive VP for the Family Research Council 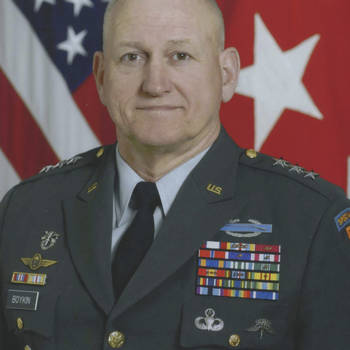 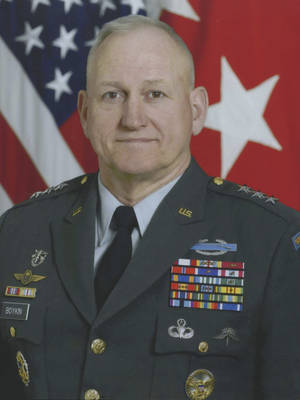 LTG (Ret) William G. "Jerry" Boykin was one of the original members of the US Army's Delta Force. He was privileged to ultimately command these elite warriors in combat operations. Later, Jerry Boykin commanded all the Army's Green Berets as well as the Special Warfare Center and School.

In his thirty-six years in the army, LTG Boykin also served a tour with the CIA. He has participated in clandestine operations around the world and served his last four years in the Army as the Deputy Under Secretary of Defense for Intelligence. Today he is an ordained minister with a passion for spreading the Gospel of Jesus Christ and encouraging Christians to become Warriors in God's Kingdom.

Since June of 2012, Jerry has been serving as the Executive Vice President of the Washington DC based Family Research Council. He is also the occupies the Wheat Chair for Leadership Studies at Hampden Sydney College in Virginia.