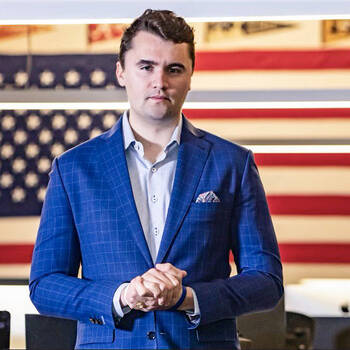 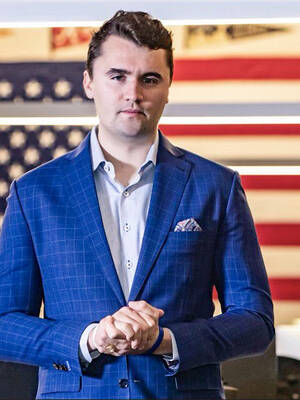 Charlie Kirk is the Founder and President of Turning Point USA, the largest and fastest-growing conservative youth activist organization in the country with 400,000 student members, 450 full and part-time staff, and a presence on over 2,500 high school and college campuses nationwide. Charlie's social media reaches over 100 million people per month and Axios has named Charlie as one of the "top 10 most engaged" handles in the world. A New York Times and Amazon #1 best-selling author of "The MAGA Doctrine: The Only Ideas that Will Win the Future," Charlie is also the host of "The Charlie Kirk Show" podcast, which was downloaded over 120 million times in the last 12 months and regularly ranks among the top-10 shows on Apple podcast news charts. As of October 2020, Charlie took his "podcast to broadcast," nationally syndicating his show on over 120 radio stations and across the Salem Radio Network, live from 12 - 3 PM ET.