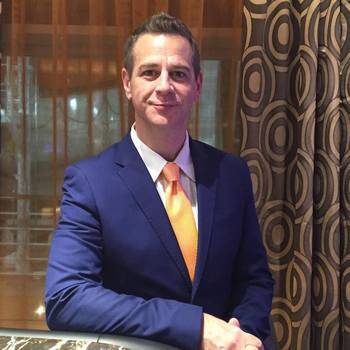 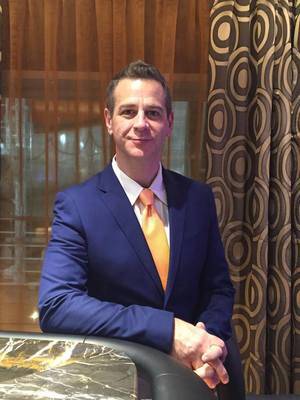 Comedian Buzz Sutherland is a man whose smooth blend of homespun characters has kept audiences rolling with laughter for years.

Combining his love of entertaining with his love of family, Sutherland has performed on HBO's Comic Relief, MTV's Half Hour Comedy Hour, and has appeared with Crosby, Stills, and Nash, Three Dog Night, Joe Cocker, Bobby Vinton, Ringling Brothers, and the Harlem Globetrotters.

Buzz Sutherland is a man whose smooth blend of home spun characters and outrageous facial expressions keep audiences rolling with laughter. Besides performing in major comedy clubs across the country, Buzz has opened for many big name acts and has appeared on HBO's "Comic Relief," MTV's "Half Hour Comedy Hour" and as the host of Disney/KPLR's "Kids Connection."

He has appeared with Crosby, Stills & Nash, Three Dog Night, Joe Cocker, Bobby Vinton, New Kids on the Block, Ringling Brothers, and the Harlem Globetrotters.
Included in his list of performances are dozens of corporate shows as headliner and Master of Ceremonies.

Buzz's style of comedy is contagious as he plays with the audience rather than talking to them. Some of the audience members literally "become" part of the act! Buzz Sutherland is a man who is sincerely and seriously committed to entertain audiences with humor that is "98% clean and 100% funny."

He works hard to make the business of being funny look easy - and he strives to be relevant to his audience. It is not all funny business for Buzz. He strives to incorporate a few messages into his humor - particularly those that might prevent drinking and driving.
Keep your eyes and ears open! Buzz Sutherland is one comedian you must see as well as hear! Buzz Across America with Buzz Sutherland.