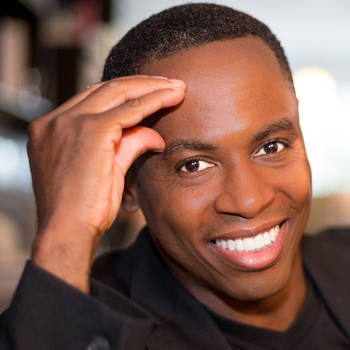 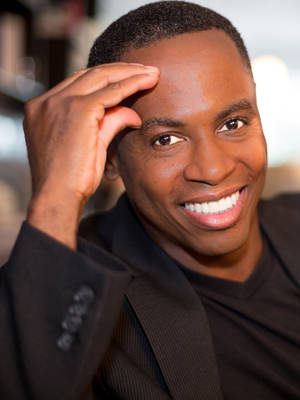 Dr. Adolph Brown, III without a doubt, offers the most uniquely inspiring, relevant and entertaining presentations around. He is an American urban and rural school educator, author, research-scientist, businessman, and keynote speaker. He is a servant-leader at heart, and is admired around the world for his simple and direct "Real Talk," and powerful, universal and timeless teachings. Dr. Brown is best known for inspiring all who hear him to learn, laugh and lead, while simultaneously reducing implicit bias at every turn. He is the leading provider of anti-bias training in business and education. Dr. Brown knows that understanding structural inequities is only the start, however dismantling the foundations from which these structures are built leads to solutions. He is highly regarded as the "balcony" leadership speaker who gets you from where you are to where you want to be. Also as a credentialed Master Teacher, he helps teachers reach every student. As a much sought-after and highly effective Unconscious Bias, Equity, Diversity and Inclusion keynote speaker, Dr. Brown skillfully addresses the impact of stereotypes. He credits much of his success to the luxury of humble beginnings of being reared by a single parent mother in abject poverty of the inner city housing projects infested with gangs, drugs and violence. His oldest sibling and only brother Oscar was murdered when Adolph was only eleven years old. Young Adolph often received a respite when he was sent to spend summers with his grandfather in rural farming country, and when he was sent to the library for time-outs in elementary school. Adolph became the first in his family of five to participate in Head Start, graduate high school, and attend college.

Nowadays as a Master Teacher, Dr. Adolph Brown shines in the classroom and in research. He is in the top 1% of world-class scholar teachers based on peer-reviews, nominations, teaching performance, teaching awards, published evaluations and ratings from American's best schools, colleges and universities. He is recognized as one of the top 10 most influential thought leaders in America. Although he does not consider himself a motivational speaker, he was selected as one of the top motivational and inspirational speakers in America as well. Dr. Adolph Brown is one of the world's foremost attitude experts, personal development coaches and humorists.

Dr. Brown is the author of acclaimed books, including the international mental wellness best seller, Two Backpacks. Other best sellers authored by Dr. Brown include a business classic - Championship Habits; and the education classic - Real Talk. He is also the co-author with his third grade teacher of a children's book, It's Gonna Be A Great Day! for youth. His trainings have withstood the test of time with audiences all over the world and he is still extremely passionate and committed to helping others "Learn, Laugh & Lead' in all walks of life while spreading "Love, Light and Insight" wherever he goes.

Millions of people and countless business, corporate, early childhood, K-12 primary and secondary education, higher education campus, and family and community engagement clients throughout the world have personally experienced the "Wow" of Dr. Brown's quiet charisma and introverted personality as he dynamically engages, educates and inspires his audiences from all walks of life. His bridge-building approach is brilliant with a massive power to embrace and bring great hope to the world. His keynotes, lectures and seminars transcend all differences - political, religious, socio-economic, philosophical, gender, lifestyle, generational, etc.

Numerous clients exclaim that they wish there was a way that everyone in the world could hear Dr. Adolph Brown, III. Many also say he's the best they have ever seen. Dr. Brown remains humble and grateful for his journey. He is most proud to be the husband of Marla and father of eight uniquely beautiful human beings including a special needs daughter.

Dr. Brown has earned undergraduate degrees in anthropology and psychology with a minor in education, master's degree work in special education and experimental psychology, and a doctorate degree in clinical psychology. Whilst having a strong economic presence in his community with several established businesses, Dr. Adolph Brown, III worked as an anthropology undergraduate assistant for the late Dr. Mario Zamora, worked as a special education graduate assistant for Dr. Dennis Wade and as a statistics research graduate assistant for the late Dr. Ellen F. Rosen at the College of William and Mary. Before joining the psychology/education faculty at Hampton University, Dr. Brown became one of the initial major investigators of "The School To Prison Pipeline" paradigm and received the First Annual Francine Kee Peterson Memorial Scholarship for Social Justice advocacy from his role model, social activist Geoffrey Canada. While at Hampton University, Dr. Brown was selected to be a "Scholar in Residence" at NYU, nationally awarded "Service-Learning Fellow," and earned the highest distinction given by the President, Provost and Board of Trustees of the prestigious "E.L. Hamm Master Teacher Award for Distinguished Teaching" as a result of having a sustained record of recognized teaching excellence. Based on his record of teaching and research excellence in education, implicit bias training and servant leadership, Dr. Adolph Brown was appointed chairperson of his department, promoted as a tenured full professor and was also the dean of the graduate college. Dr. Adolph Brown continues to be a business, community and educational leader whilst being a continuous learner. Bringing People Together to Learn, Laugh & Lead has become his life's work.