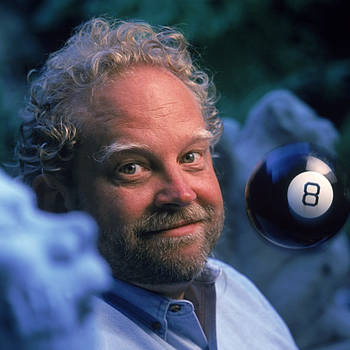 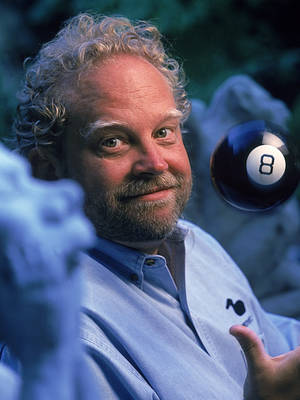 Watts Wacker is one of the most celebrated and influential minds in modern business. Mr. Wacker -- lecturer, best-selling author, political commentator and social critic -- is one of the world's most respected futurists. His uncommon versatility and vision has allowed him to help the world's top corporations and organizations navigate the sea of change that is taking hold in the new millennium. Watts Wacker has been the futurist at SRI International, the legendary Menlo Park think tank, and spent ten years as the resident futurist at the preeminent social research organization, Yankelovich Partners.

While Watts Wacker's personal client list is a veritable who's who, it is what is said about him that is the most intriguing

"One of 21 socially important people we selected to make a prediction for the 21st century." ...The Science Channel
"On our list of the 50 most influential business thinkers in the world" ...Financial Times
"When government gets serious about reinventing, Watts will be in the president's cabinet." ...Fast Company
"A skilled raconteur" Fortune Magazine
"The inheritor of the Marshall McLuhan tradition" Wired Magazine
"His last book was the best anything of 1997" Sigourney Weaver
"He is one of the 21 best speakers in America" Successful Meetings Magazine

As founder and director of FirstMatter LLC, Watts Wacker has focused his attention on creating a new kind of think tank and he describes himself as a twenty-first century alchemist as well as "a cross between James Brown and the unknown comic, (the hardest working nobody in the business.)" His speaking style has created many references to Mr. Wacker as being one of the best storytellers alive today. His book, The 500 Year Delta was an international bestseller having been translated into ten languages and was an "editors choice" top five selection on the Amazon.com book list for 1997. "The Delta" was also selected for the NASA library. Watts' second book, The Visionary's Handbook is required reading at many of the world's finest business schools and received outstanding reviews. Both books were coauthored with Jim Taylor.

Recent work has included regular commentary on the nationally acclaimed Marketplace radio show and stories and essays for Fast Company, Scientific American and Architectural Record magazines. Watts Wacker has edited several books and is a contributing writer to the world wide best selling Business: The Ultimate Resource. His recently released Deviant's Advantage, coauthored with Ryan Mathews, has received tremendous response having been featured in Time Magazine, The New York Times and The Harvard Business Review among many others. Ryan and Watts are working on another book project which studies myth and mythology's influences on modern life and business. Additionally, Watts is a contributor to the recently released Financial Times Handbook of Business Version 3.0. Watts Wacker and his consulting practice has been featured in the media the world over. He has been called a "must quote" by the Associated Press.

Mr. Wacker was the original consulting pollster to the Fox News Division and directed the Time Magazine Poll, while at Yankelovich Partners he also managed the preeminent trends prediction service in the United States, for ten years. Mr. Wacker's additional previous experience includes Vice President of Marketing for the Kenner division of Hasbro Inc., a research fellowship at The Institute for Constructive Capitalism, and ownership and operation of two radio stations in Corpus Christi, Texas.

Watts Wacker received degrees from both Tulane University and The University of Texas in Austin. He has lectured at many colleges and universities, most recently including Dartmouth, Columbia, USC and BA/Norway. Watts Wacker resides in Westport, Connecticut with his wife and partner of 24 years and their two children.