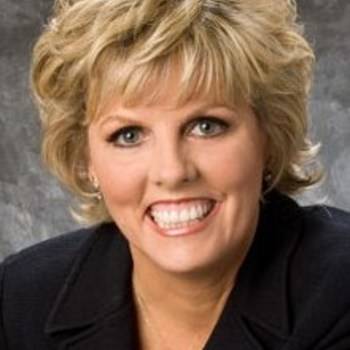 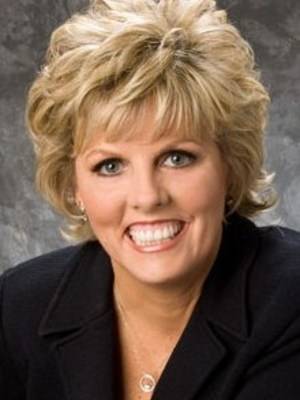 Valerie Greene is living proof that setbacks can be transformed into comebacks. With over 20 years of personal experience, Valerie is a recognized stroke expert and motivator on overcoming challenges. Her story of victory has inspired audiences around the world.

At age 31, Valerie was a healthy, vibrant businesswoman until a massive stroke paralyzed most of her body and left her unable to speak. Doctors told her that she might never walk or talk again, and most of her hearing was lost. Sheer determination and faith propelled her out of her wheelchair and into a new life, learning once more how to walk and communicate.

Today, she is a worldwide beacon of hope inspiring others that nothing is impossible and to never give up!

Valerie is a captivating speaker delivering a powerful message of courage, determination, and success. From laughter to tears, she tells her own gripping story and demonstrates the power of the human spirit when faced with adversity. She is an award-winning published author; world-renowned stroke coach and motivator; and founder of Global Stroke Resource Inc., (aka Bcenter.org) a U.S. based organization dedicated to empowering stroke survivors worldwide.

Her message uplifts, inspires and motivates. With humor, passion, and insight, she touches hearts and empowers people in all walks of life to embrace change and take action!

Author Conquering Stroke: How I Fought My Way Back and How You Can Too,Valerie shares her extraordinary journey and offers a must-have guide for stroke prevention, treatment, and recovery.

Valerie has worked at the state and congressional level to support legislation that ensures that stroke victims will be properly accessed and transported to an appropriate stroke treatment facility. She was instrumental in helping to pass the Florida Stroke Act that Governor Jeb Bush signed into law on June 17, 2004.

She has received accolades from many venues including television programs, celebrities, and dignitaries (such as Dr. Oz, Michael J. Fox, Kirk Douglas, and the Lieutenant Governor of Florida), and health authorities (including the American Heart Association/American Stroke Association, National Stroke Association, and World Health Organization) who applaud her ongoing efforts to heighten awareness of stroke prevention and recovery and, ultimately, bring hope to others.

Among her efforts to raisestrokeawareness, Valerie miraculously walked 13.1 miles in the Walt Disney half marathon for the American Stroke Association and became the top fundraiser in the nation for the Train to End Stroke program.

In 2014, the Mayor of Orlando, Florida recognized Valerie and her organization for being the leader in stroke awareness for Central Florida and issued an official proclamation declaring observance of "World Stroke Day" on October 29 in the city of Orlando. Additionally, the Mayor of Orange County, Florida followed suit by declaring the observance.

Her accomplishments have received media national recognition on NBC, CBS, ABC, CNN, FOX and PBS to name a few. She has been named a "Stroke Hero" by The American Stroke Association and has also been cited in multiple newspapers and magazines including Recipes for the Heart cookbook issued by The American Heart Association.

Once unable to speak, Valerie is saluted as a top motivational speaker & powerful voice for change.