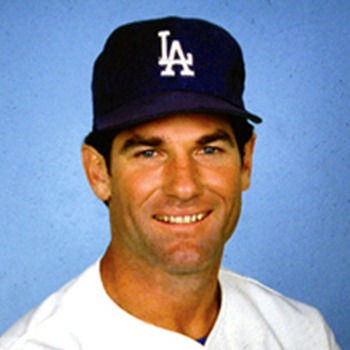 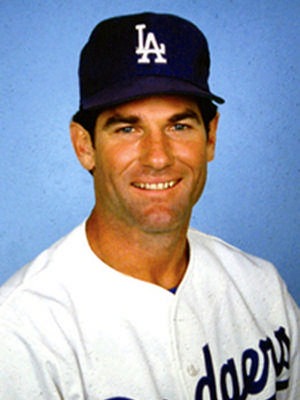 As one of the most successful Major League Baseball players of all time, Steve Garvey is the reigning National League "Iron Man", fifteen years following his retirement from baseball. Garvey, the man who once played in 1,207 consecutive baseball games, now utilizes that same drive and leadership to motivate audiences around the world to become the best and most successful people or corporations they can become. Steve Garvey's playing field has changed from the baseball diamond to corporate boardrooms and lecture halls, but the integrity, intensity and the devotion for which this future Hall of Famer is famous for is the same.

Steve Garvey spent eight years as the cornerstone of the Los Angeles Dodgers "fabulous four" infield that included Davey Lopes, Bill Russell, and Ron Cey. To this day he holds the esteemed title as the longest standing and most successful infield in Major League Baseball's history, leading the Dodgers to a World Series title in 1981. 2013 marked the 40th Anniversary of "The Infield" and Garvey, Russell, Lopes and Cey celebrated the milestone all year long with special appearances.

The magic did not change when Steve Garvey signed with the San Diego Padres. In 1984 he brought the Padres from the brink of playoff destruction and elimination from the Playoffs with a dramatic, game winning home run which took the Padres their first World Series.

Steve Garvey is a ten-time MLB All-Star and a four-time Gold Glove winner. He holds the record for the highest career fielding percentage by a first baseman and is the only player in the history of baseball to have an errorless season at first base. Garvey was named as the National League MVP in 1974, the All-Star Game MVP in 1974 and 1978, Playoff MVP in 1974, 1977 and 1984 and on April 18, 1988 his #6 was retired by the San Diego Padres.

To only focus on Steve Garvey's baseball accomplishments would leave out a lifetime of achievements as a businessman, philanthropist, volunteer and most importantly a devoted family man. As a father of seven children Garvey understands that in the ever-changing world we live in there is a great necessity of being a man of honor, integrity and quality.

Giving back to the community is an important Steve Garvey trademark. He succeeded Frank Sinatra as the National Campaign Chairman of the Multiple Sclerosis Society and serves on the Board of Directors for the UCLA Division of Neurosurgery and was part of the effort to bring the famous Guatemalan conjoined twins to UCLA Medical Center where they were separated. Garvey serves on the Board of Directors for 'B.A.T', (Baseball Assistance Team) which provides services and financial aide for former MLB players and their families. He volunteers his time and assists in causes such as the Special Olympics, Juvenile Diabetes, The Blind Children Center, The Sisters of Carondelet, the Pediatric AIDS Foundation, the ALS Foundation (Lou Gehrig's Disease). Steve holds or has held positions on numerous civic committees and corporate boards, including the Retenitis Pigmentosa Foundation, he has served on the board of Catholic University of America, University of San Diego, The Scripps Clinic and Research Foundation and the Alzheimer's Foundation. It is this dedication and generosity that has earned him numerous awards, including the Lou Gehrig Award for his Contribution to Baseball and Society and Major League Baseball's highest honor for humanitarian service, The Roberto Clemente Award. Steve Garvey was also recognized by the United States Jaycees as "One of the Ten Outstanding Men in America" and received Little League's most prestigious honor, The "William A. (Bill) Shea Award", for contribution by a former little leaguer to our national pastime. He was also chosen as one of Disney's 30th Anniversary "American Heroes".

Steve Garvey has been a spokesman for an array of products since his MLB rookie year in 1970. He has endorsed and done promotional campaigns for companies such as Pepsi-Cola, Chevrolet, Gillette, McDonald's, TransAmerica, Anheuser-Busch, Adidas, Jockey, Nestle, Cardservice International, John Hancock and Team Nabisco in association with Wal-Mart.