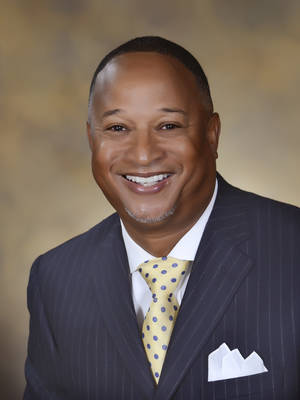 Prior to his career in education, Dr. Stephen Peters received a full scholarship and was a basketball star at Hampton University. Peters was inducted into the Colleton County Basketball Hall of Fame in January 2016 and continues to follow sports faithfully. Upon his graduation from Hampton, he went into teaching, and after demonstrating an ability to transform the classroom and school environment into one of success and achievement in even the most challenging circumstances, he rose up to become one of the most respected educators and school turnaround experts in the U.S. Equity, Diversity and Inclusion are at the forefront of his vast experiences in education and the non-profit world. Most of his experiences include working in underserved communities and providing opportunities for access and equity.

Stephen has been a classroom teacher, assistant principal, principal, director of secondary education, and superintendent of schools. He has served on panels as an education expert with former U.S. Secretary of Education, Dr. Rod Paige in Washington, D.C. He is also the author of several award winning and best-selling books including Do You Know Enough about Me to Teach Me and Teaching to Capture and Inspire all Learners.

Peters is the former Superintendent of Laurens County School District 55 (LCSD 55), Laurens SC. The county is an underrepresented community. During his four-year tenure as Superintendent, college scholarship funds received by graduating seniors increased by more than $14 million. LCSD 55 was named a 2018 National School District of Distinction under the leadership of Peters, an honor awarded to school districts that are exemplary models of how schools and school systems work. More recently the high school has been named the 2019 "National Tomorrow's Tech School of the Year" by Tomorrow's Tech Magazine
.
Currently, Stephen is the CEO and president of the Peters Group, an education consulting company that is dedicated to creating and sustaining success in schools and districts by supporting educators. Key areas include: leadership, social justice, equity, diversity and inclusion. He is also founder of a national mentoring program that builds soft skills, STEM, literacy and leadership skills. The Gentleman's and Ladies Club, which cultivates success in at-risk students through mentoring and self-empowerment, has been featured on The Oprah Winfrey Show as well as America, America. Peters was featured in the BBC documentary, "An American High School" in 2016. "An American High School" was just named "Best Documentary of 2016" in London and began airing on the National Geographic channel in the U.S. in October 2017. Dr. Peters is an advocate for literacy and also serves as the President of the Board of Directors for the International Literacy Association.