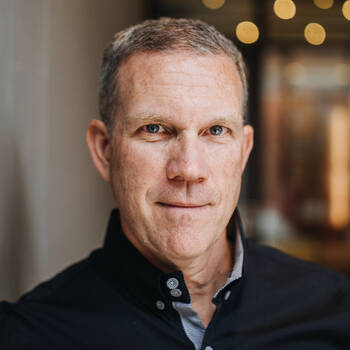 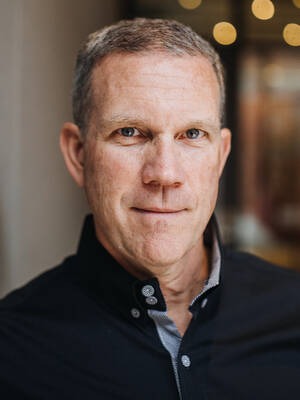 As a founding partner of digital strategy firm, Future Point of View (FPOV), Scott lives on the leading edge of technology and innovative thinking. Scott speaks to large audiences worldwide about the intersection of humanity and the Digital Transformation. Through FPOV, Scott provides advisory work for clients including Fortune100, SMB's and government entities. This work has driven him to develop unique concepts such as the HUMALOGY Scale for measuring the amount of human or machine involved in a system or process, and the Rivers of Information process for building learning eco-systems. He also pioneered a framework for looking accurately into the future of an industry sector in order to set organizational strategy: The High Beam process.

Scott co-founded Alkami Technology (ALKT), the developer of a second-generation online banking platform with innovative features non-existent in current systems. The company went public in 2021 at a $3billion valuation and is today headquartered in Dallas with over 350 employees.

Scott is recognized globally for his unique ability to accurately predict future digital trends and explain the logic behind why these will alter the current status quo of the economy and society. While business application of his insights is extremely valuable to leaders and companies, he is also motivated help improve the impact post Covid environments are having on people and their daily lives. Technology has been increasingly driving change and stress and recent events are amplifying this problem. He has a unique perspective on how to manage the personal toll technology is causing people, teams and organizations.

Even as a young child, Scott was destined to see the world through a Humalogy lens. His father was a programmer for Boeing and his mother was a counselor who mixed many philosophies into her practice of helping people in life. To this day, he is a hybrid of a technologist and humanist who strives to find a hopeful future in blending the two.

Scott has the ability to entertain, inspire, and enlighten audiences, while helping them gain new perspectives about how technology is impacting us. Scott never does a canned presentation with the exact content across events. He sets himself apart from other speakers by architecting his content with the latest examples, current events and trends relevant for the keynote he is delivering. He is equally adept at giving large stage keynotes, speaking to small boards of directors, facilitating half and full day workshops, and doing break-out sessions. As an added bonus of his presentations, attendees come away learning how to be a better facilitator, speaker or presenter by seeing Scott use different applications and technologies to engage audiences either in a virtual, hybrid or in person setting. The best measure of his ability to inspire and inform audiences is the high percentage of speaking clients who bring him back for follow up work with their audiences.

He produces a podcast titled "The Digital Optimist" in which he delivers ideas about the transformation of humanity through the impact of technology with a positive and hopeful lens. He also writes a blog titled Digital Awakening - both can be found at his website at www.klososky.com

Background
In addition to fifteen years of consulting work through Future Point of View, Scott is the founder of numerous successful technology startup companies. This helps him understand clearly the business dynamics needed to survive and prosper today.

At 25 years old, Scott started his first business which became a collection of retail computer stores in Texas, Oklahoma and Kansas. His next endeavor was as founder and CEO of Paragraph, Inc., a Soviet/American joint venture founded in 1988 as USSR was just opening up to western business opportunities. Half of the company was later sold to Silicon Graphics, and the other half sold as well a few years later. As proof of his over the horizon vision, Scott was one of the very early western businesspeople to sign an agreement with the Soviet government under their new joint venture laws. Paragraph went on to license their handwriting text recognition software to Apple for use on the Newton handheld device.

Scott then collaborated with H.R. (Bob) Haldeman, Chief of Staff to President Nixon, to publish a diary of his years at the White House. Bob died right before the book was published and it went on to become a bestseller through Putnam Publishing. Again, Scott showed his High Beam capabilities by signing a deal with Sony Interactive to release the book with a companion CD-ROM.

In 1995 Scott started another company named Avant Digital Marketing. Just as the Internet was becoming known, Avant Digital was a very early digital marketing provider to companies like AOL and IBM. After a successful progression through single page websites to large and complicated eCommece sites, the company focused on the new world of streaming video over the Internet. The name was then changed to Webcasts.com. This start-up was an early producer of webcasted media ranging from corporate and government communications to sporting events and entertainment. It was sold in the year 2000 for $115 million.

From 2001 to 2003 Scott did a turn around on a company called Critical Technologies. The service they provided was a very early model of "software as a service" to provide digital document storage. The turnaround was successful, and the company later sold to General Electric.

From 2007 to 2011, Scott co-founded Alkami Technologies (ALKT) and served as its CEO. It was subsequently venture capital funded and Scott stepped back from an operational role.

The common ingredient across all of these companies has been the future leaning strategy of building something based on technologies that are new at the time. Scott understands clearly how to push the boundaries of digital transformation while also growing a company successfully.

Along the way Scott has participated as a board member with a number of firms, including WeGoLook which sold in 2017 for approximately $40 million and First Fidelity Bank in Oklahoma and Phoenix.

He is the author of four books including his most recent title, Did God Create the Internet? The Impact of Technology on Humanity.