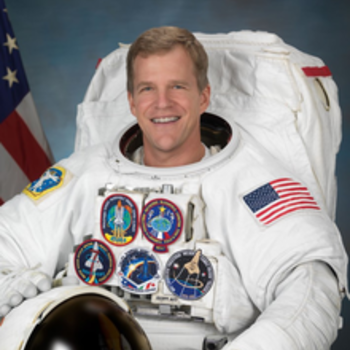 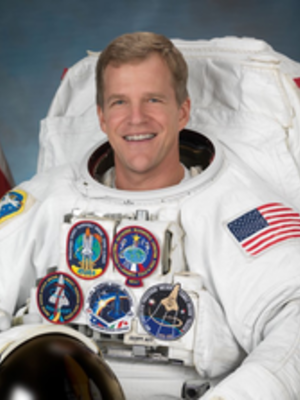 Dr. Scott Parazynski is a highly decorated physician, astronaut, and tech CEO, recently inducted into the US Astronaut Hall of Fame. He is a widely sought after keynote speaker on innovation, risk management, mentorship and leadership under extreme adversity. Scott has lived and traveled all over the world, spending many of his grade school years in places such as Senegal, Lebanon, Iran and Greece. A graduate of Stanford University and Medical School, he went on to train at Harvard and in Denver for a career in emergency medicine and trauma.

In 1992 he was selected to join NASA's Astronaut Corps and eventually flew 5 Space Shuttle missions and conducted 7 spacewalks. Mission highlights include a global ozone mapping flight; leading the first joint US-Russian spacewalk while docked to the Russian space station Mir; serving as Senator John Glenn's crewmate and "personal physician" and assembly of the Canadian-built space station robotic arm. In October 2007, Scott led the spacewalking team on STS-120, during which he performed 4 Extravehicular Activity (EVAs).

The final EVA is regarded by many as one of the most challenging and dangerous ever performed. The tremendous coordinated effort in orbit and on the ground by Mission Control has been likened to the Space Shuttle and Space Station era "Apollo 13 moment"

In addition to being a diver and accomplished mountaineer, Scott is also a commercial, instrument, multiengine and seaplane-rated pilot. On May 20, 2009, he became the first astronaut to stand on top of the world, the summit of Mount Everest. As a life-long explorer, he and a colleague recently set the first bootprints adjacent the world's youngest lava lake, inside the crater of Massaya Volcano in Nicaragua.
He is a prolific inventor/product developer, and serves on the Boards of several companies. He is Founder and CEO of Fluidity Technologies, focused on the development of revolutionary input devices powered by machine learning to intuitively move through physical and virtual space.