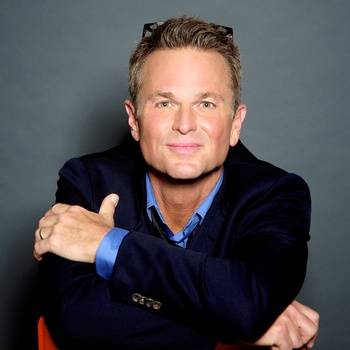 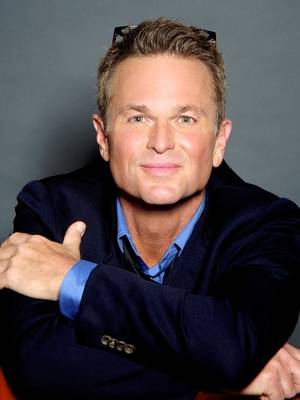 Sam Harris first splashed into the public eye as the premiere winner of television's "Star Search" at the age of 22 to an audience of twenty-five million die-hard viewers a week and he's never looked back.

His phenomenal "overnight" rise catapulted him into multi-faceted career as a platinum recording artist, sell-out concert touring artist, Tony-nominated Broadway star, guest star on numerous television shows and specials, actor on sitcoms and in film, entertainment news correspondent and, most recently, as the bestselling author of "Ham: Slices of a Life" (Simon & Schuster).

Sam has always been a story teller, whether through song or the spoken word.

With the release of "Ham," his inspiring personal stories of triumph over adversity, told with humor and wit, have put him in a new spotlight as a keynote speaker (with and without music), tailoring his message for special groups and events.

His successes have not been without obstacles, the stuff from which he learned that we are the amalgam of our entire experience. That we acquire our identities, our gifts and our contributions to the world through those obstacles. That without dragons there would be no heroes.

Sam was raised in the buckle of the Bible-Belt in a small town in Oklahoma and knew that he was "different" from an early age. He found music and performing and writing as survival tools to combat bullying and identity issues. Growing up, Sam's house burned down. Twice. He learned early on that things are only things, the moment is now, and you go on. Prodigiously talented, focused and driven, he left home at the age of 15, but demons lurked behind his never-say-never credo, resulting in an attempted teen suicide and an alcohol addiction that would escalate until he found sobriety a decade ago.

In a career that spans 30 years, Sam is always reinventing himself - always searching for the next level of discovery, both professionally and personally.

Perhaps this is what has made him the "go-to" guy when inspiration is needed. Oprah Winfrey asked Sam to appear on her show the week after 9/11 to help pull the country out of grief and toward a path of recovery, saying he could "make Jesus walk through the door!" He has also appeared on Dr. Phil, Dr. Drew, Tyra Banks and numerous other shows as a beacon of hope and articulate and passionate speaker. Sam has also raised millions of dollars for causes close to his heart and has written songs for Special Olympics and The Human Rights Campaign.

Singer, writer, storyteller, motivational speaker - Sam Harris is an original. He shares the uncanny adventures of an uncommon life, yet relatable to everyone. Through a mixture of humor and heart, Sam leaves audiences laughing, tearful and buoyant. It is a message of hope and dedication. It is a message of achieving dreams. Above all, it is a message of gratitude.

AND, his format can include music! (Jimmy Fallon recently called Sam "one of the best performers I've ever seen - ever.")

Sam lives in Los Angeles with his husband, Danny, (20 years) and their 6 year old son, Cooper.

"The shear force of his charisma is mesmerizing; rousing one moment and heartbreaking the next." (USA Today)

Funny, touching and cheerfully self-deprecating, with an inspirational spin. (The New York Times)

A triumphant, tragic, and most of all, hilarious life." (Jackie Lyden, NPR)