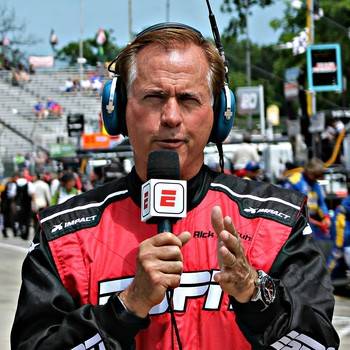 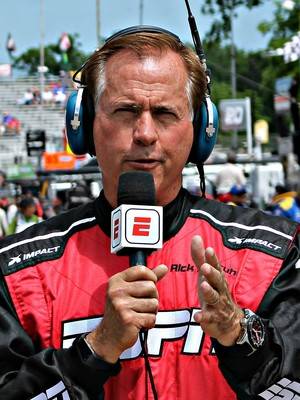 Rick DeBruhl understands communication. In almost four decades as an award-winning network television broadcaster, he interviewed and reported about both business leaders and front-line employees. He then put a hobby to work with his side career in race broadcasting, covering events from Formula One to the Pikes Peak International Hill Climb. Combining that wealth of experience with a master's in Media Management gave him insight into helping any business innovate and grow by improving the way its people communicate. To that point, Rick has recognized that before you can innovate you must communicate.

Rick spent years working for ESPN as part of the broadcast team covering the IndyCar series which includes the Indy 500. In a world that travels at more than 200 miles per hour, he's learned that communications are critical. The right information at the right time not only gives teams a chance to win, it also can avoid a disaster where lives are at risk.

Rick spent nearly a decade as a consumer reporter and advocate. It was an education into what makes a company successful. Many times he found failures were the result of communication. Sometimes it was not communicating properly with consumers, but often the communication problems were inside the company. In a fast-paced world of online consumer reviews, that breakdown can quickly ruin a corporate reputation.

Rick has also managed a communications team for a statewide organization, handling everything from corporate branding to crisis communications. He understands both social and traditional media.

Above all, Rick is a story teller. He's taken those experiences and knows how to weave them together for presentations that are both enlightening and fun. Whether it's a keynote presentation, media training, moderating or emcee, Rick will help your engage your group and help them understand how they can innovate through communication.