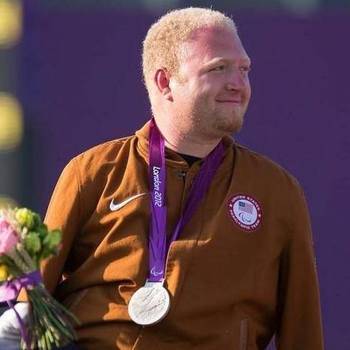 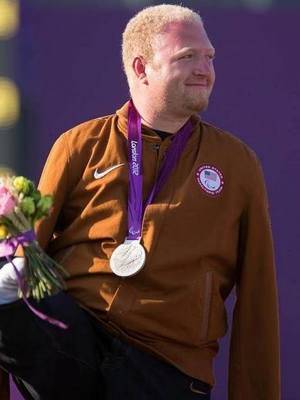 Inexplicably born without arms in December of 1982, Matt's birthparents were soon overwhelmed with the obvious challenges that lay ahead. He was put up for adoption, and in January of 1983, Matt was welcomed into the home of Leon and Jean Stutzman.

A remarkably patient, compassionate and strong willed couple, the Stutzman's guided Matt through a youth of seemingly insurmountable obstacles of everyday living largely taken for granted in an able-bodied world. Their philosophy was simple; Matt was permitted to try almost anything if he could do it on his own. Years later, the result is a extraordinary young man, a family man, who can do virtually anything with his feet.

Though originally fitted for prosthetic arms as a child, Matt found them cumbersome and unnatural. Today, perhaps the most remarkable thing about Matt is that he lives without prosthetics, in a completely un-adapted world. His home, car and life are void of modifications of any sort. He lives in the same world you do and has found a way to do virtually everything with his feet. This includes eating, grooming and writing as well as playing the guitar, car maintenance and of course, extraordinary abilities with a bow and arrow.

Matt's original interest in marksmanship began when he learned to shoot a gun, and then taught himself to shoot a penny at 50 yards away. He took to a bow and arrow so as to join his father while hunting. Eventually it became his passion and evolved into his dream to become the world's best archer.

Though many may argue otherwise, Matt considers his physical challenges to be advantageous to archery. His necessary style of shooting with his leg provides great stability with the bow, and a lifetime of indescribable patience and tenacity are deeply ingrained characteristics that would serve any athlete, in any sport, well.

As a member of the 2012 U.S. Paralympic Archery Team, Matt competed 2012 London Games that culminated with a Silver Medal.

Dubbed The Armless Archer, Matt's remarkable story has captured the attention of the media around the world. A natural public speaker, he regularly uses humor (at his own expense) and remarkable demonstrations of his foot skills, to engage audiences of all kinds who are left entertained, inspired and believing anything is possible.