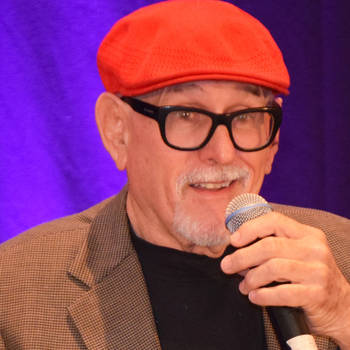 At a pre-pandemic, 2019 Thanksgiving dinner, I chatted with Kelsey, the 27-year-old daughter of some close friends. Kelsey is like a second daughter to me since I’ve known her all her life. She finished college two years ago and is now working in the nonprofit sector as a fund-raiser for a large social service agency. When I asked her how things were going in her job, she replied that she had just gotten a new boss who was shaking things up. When I asked if that was good or bad, she enthusiastically replied “good.”

She said that the old boss ran a pretty lax ship where team members were not held accountable for their performance. If they didn’t have reports ready, the old boss would say, “Well, try to get that to me as soon as possible.” If they hadn’t entered data into the software that tracks their meetings with donors, the old boss would overlook it. If they weren't meeting their fundraising goals, the old boss wasn’t happy about it but nothing ever happened to change the behavior of Kelsey’s non-performing fellow fundraisers.

I was not surprised that this would bother her. She was the type of child who always kept her room clean, did her homework without prodding, participated in extracurricular activities (ballet, modern dance, drama), and made good grades by working hard. I suspect that she is just as responsible now as a fund-raiser.

It reminded me that when a manager doesn’t hold all employees equally accountable for their performance, it affects more than the individual employees in question. It also affects the responsible employees who don’t shirk responsibility. They think it’s unfair and with good reason.

Like it or not, leading a team has similarities to leading a family. Given our positions as managers, we are often cast into the role of parents. We assign chores to our employees, give direction to them, provide for their growth, resolve disputes among them, and make decisions that affect their lives. We even provide discipline in the form of punishment. Maybe we don’t send them to time out or ground them for the weekend, but we discipline them in the form of putting notes in their files, having stern chats about their non-performance, and denying them raises.

Employees, like children in a family, expect their managers to do all of this with the employees’ best interests at heart and to be impartial and fair in doing so.

Now you may be saying to yourself that life is unfair and it very often is. Parents often favor one child over the rest but that doesn’t mean we liked it if we were the unfavored child.  It doesn’t change the fact that we were hurt, jealous, and angered by the treatment. We might even resort to pouting, temper tantrums, and other disruptive behavior.

Likewise, employees expect to be treated fairly. They expect that everyone should be held to the same standard of performance. When that expectation is not met, it goes a long way toward impeaching the employee’s opinion of the manager.

Given my quasi-parental relationship with Kelsey, I’m glad she now has a boss that she can respect and feel good about working for. I suspect some of her non-performing teammates are not so happy with the new standard of accountability. Let’s hope the new boss has the intestinal fortitude to withstand the pouting and temper tantrums that will probably arise from them.

Book Larry Johnson for your event at http://bit.ly/lj-psb.

Want Larry Johnson for your next event?

Avoiding the Naked Emperor Syndrome: Lessons on Corporate Culture from the Secret Service

At a pre-pandemic, 2019Thanksgiving dinner, I chatted with Kelsey, the 27-year-old daughter of some close friends. Kelsey is like a second daughter to me since I've known herall her life.She finished college two years ago and is nowworking in the nonprofit sector as a fund-raiser for a large social service agency. When I asked her how things wer...
Read More

Avoiding the Naked Emperor Syndrome: Lessons on Corporate Culture from the Secret Service

In November of 2013, a gunman named Oscar R. Ortega-Hernandez took shots at the White House from outside the grounds, successfully hitting the building. During that event, Secret Service Officer Carrie Johnson was on duty, standing under the Truman Balcony on the south side of the building. She became aware of the attack when she heard the shots...
Read More

Last year, Southwest Airlines was ranked in the Top Ten Most Admired Companies in America by Fortune Magazine. I wasn't surprised. I've always liked their service, their low fares, and their light-hearted way of entertaining customers during flights. We're all familiar with the often-ignored, always-boring, "airplane safety seminar"; tha...
Read More