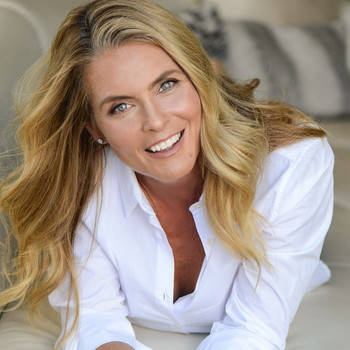 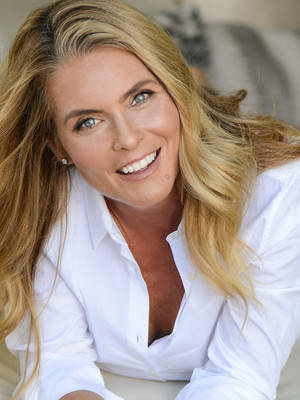 Kim Alexis has a high recognition in the marketplace, particularly among women in the 35-60 year old range. Having been featured in over 500 magazine covers, worked as a fashion correspondent on Good Morning America and appeared in countless commercials for companies such as Revlon, Gillette and many others, Kim is deeply etched in the consciousness of tens of millions of American consumers.

Unlike most Supermodels, Kim has never intimidated women. Rather, to most consumers, she has always come across as "accessible" and "likeable".

Over the years, Kim has de-emphasized her career in favor of raising 5 children. During this time, however, her image has nevertheless evolved; to a large extent, as the result of hundreds of speaking engagements at events sponsored by organizations around the country on topics ranging from health and nutrition, to fitness, parenting, self improvement and women's empowerment.

As people become more aware that Kim has been a "hands on" mother to her 3 boys (the oldest being 26), that she successfully overcame a serious thyroid disorder, and that she has intelligent, well informed views on issues that matter to their lives, her credibility invariably rises in categories that extend well beyond "fashion". When they additionally learn that she has been a dedicated athlete all of her life-including competitive swimming in high school, and the subsequent completion of 8 marathons and 3 triathlons- her image evolves further.

Today, Kim retains the "style credentials" imparted by her fashion-related background, while also being recognized by a growing percentage of the market as an advocate for wholesome values and healthy choices.