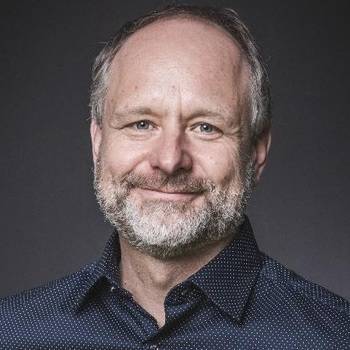 Some brands just have it. You know, that special something that makes consumers crave their products. This topic was on deck Tuesday, October 13, during a presentation by JP Kuehlwein, Executive Vice President of Frédéric Fekkai, and co-author of “Rethinking Prestige Branding Secrets of the Ueber-Brands.” Held at FIT’s John E. Reeves Great Hall, JP zeroed in on the specific reasons “why some brands just seem to be made differently where people don’t look at price.” After his presentation, a panel made up of Mark Cieslinski, President of Moleskin America; Gwen Whiting and Lindsey Boyd, Co-Founders of The Laundress; Ian Ginsberg, President of CO Bigelow Apothecaries and Amanda Bopp, Director of Client Leadership for Dunnhumby, shared their insights on brand building. Below, the seven key learnings Beauty Insider identified for CEW members.

Mean What You Say: It’s no secret that consumers want to feel like they’re helping the world in some way and prefer brands that reflect that. Take the success of ethically-minded shoe brand, Tom’s, whose philosophy of buy-one-give-one has spawned countless imitators. “They [consumers] don’t just buy a shoe,” said JP, who underscored that the business model essentially is centered on selling inexpensive shoes at high price points. “They bought into something.” Brands that utilize the “give back” model realize the sentiment can’t only be in words, but also in actions. According to JP, brands must be accountable, and even in some cases audited, for following through on philanthropic marketing promises. Patagonia, for example, posted a message to its consumers to return jackets that may have featured feathers from unethically treated geese. Same for Chipotle, who took its Carnitas off the menu until it could find a way to ethically source pork. “A mission is only a mission if it costs money and is polarizing sometimes,” said JP.

Mythical Proportions: Having a myth-like tenant to your business creates mystique and desire, and can elevate your brand into must-have territory. “[Myths] create a deeper emotional bond,” said JP, who gave the example of prestige skin care brand La Mer, created by a NASA engineer who harnessed the skin-regenerating powers of the sea. “You have a mythical broth, a cream people pay a lot of money for,” said JP. Other “legendary” brands include Chanel, whose oft-shared stories of tweed suits, Coco Chanel and the emancipation of women has taken the brand from a business to an emotional response. “The story is told and retold like a Greek myth,” he said. “People can go on [about it] forever.” But it’s not only luxury brands that are able to create marketing lore. Take independent cleaner brand, Method, who points to its small size in comparison to behemoth competitors like Clorox in its marketing efforts. “It’s the myth of David against Goliath,” said JP, citing the brand’s motto. “It’s People Against Dirt.”

You’re In But You’re Out: Balancing inclusion and exclusion is another tenant behind strong branding, said JP. Showing the audience an image of an Hermès store in Hong Kong with an ample line out front, JP said a long queue is just as much a practical need to filter consumers in and out of a store as it is an aspirational tool for building brand mystique. “Wanting to get in creates desire,” said JP, adding that the tactic turned Studio 54 and its famous velvet rope into an iconic destination with

club-goers desperate to get in. “They [Studio 54] always had 20 times more people outside than they could fit inside,” he said. Another example of this concept was attributed to Berluti shoes, the high-end Parisian brand with no visible label on the shoe itself. Instead, consumers of the brand are taught a specifically cryptic Windsor knot, meant to keep wearers subtly in the know of who else is in their “club.” Another example came from luxury e-tailer Net a Porter, whose EIP, or Extremely Important People limited-time sales, are targeted to only a small percentage of their shoppers, increasing desire of those who’ve been left out to one day become an insider themselves.

Fantasyland: Brands that win are able to create their own culture, or a “world according to themselves,” said JP, citing Starbucks and Maison du Chocolat as businesses with strong brand identity. On the beauty front he mentioned Aesop, whose simple products and intricately decorated stores create an immersive environment for the consumer. Filled with everything from repurposed newspapers to wood and clean rows of products, Aesop stores resemble art installations more so than shops. “The stores all look different, but they are all masterpieces,” said JP. Equally enveloping is Aesop’s corporate environment comprised of identical desks free of personal items, communal eating, matching pens and even brand color-coordinating toilet paper. “I call it modern monastic beauty,” said JP. Cashmere designer Brunello Cucinelli takes the concept a step further with the procurement of his own Medieval Village, which he is restoring, and the creation of his own school specializing in philosophy and brick making. “It will last longer than the brand,” said JP, quoting Brunello of the thought behind his projects.

Tell Me a Story: Storytelling will never get old for brands because it facilitates a personal connection. One brand that does it well is chic notebook brand, Moleskin. “We don’t sell notebooks, we sell stories waiting to be written,” said Mark, the company’s President of Moleskin America, during the panel discussion. The brand, which has expanded into writing implements, pouches and travel cases has a loyal following, according to Mark, thanks to the realness of its marketing and a focus on spotlighting the consumer using the product in various ways. Case in point, Moleskin’s Detour Project, in which a number of artists, designers and writers create original work in their Moleskin’s, which is then curated and taken on tour as a celebration of creativity. “Loyalty is common among our fans,” said Mark, who revealed the brand has partnerships with Google and Adobe so that customers can upload their Moleskin work onto computers for editing. “Our fans are modern storytellers... and we are embracing technology rather than running from it.”

Educate Rather Than Sell: Panel members Gwen and Lindsey of The Laundress said educating the consumer is a main focus of their prestige detergent, fabric care and home-cleaning business. “We’re selling the experience, not just the product,” said Lindsey, adding that the two use their backgrounds in fashion to offer tips and tricks on caring for luxury items, say a Chanel suit, teaching their consumers the differences among treating different fabrics. “Our how-to videos are cheeky and authentic. We believe in getting the customer to understand the solution. We want to empower them.” Among the brand’s differentiating factors are this background of know-how and their understanding of how to handle luxury clothing items. “We’re the Dear Abby of laundry,” said Gwen.

Experience is Still King: While a retailer purposefully making merchandise difficult to find may seem like a counterintuitive concept, it is anything but that for Ian Ginsberg, at the helm of the oldest apothecary in the US, CO Bigelow. “We call it organized chaos,” said Ian, stressing that central to his business philosophy is “being a place consumers want to go, not where they have to.” With an emphasis on personal follow-ups to customers who come and purchase medicine from the pharmacy, to making the retail environment discovery.”

Consumers are Jaded: “Millennials are really disillusioned,” said Amanda of Dunnhumby, adding the only way to counteract the current climate of mistrust and cynicism among today’s consumer is to be completely honest across marketing efforts. Amanda said today’s shopper is drawn towards localized, transparent businesses, epitomized by firms such as Everlane, who shares with consumers the exact reasons for its prices and even details about the factory where it is made.

Want to bring JP to your next event? Let us know here. We'd love to help make it happen!

Want JP Kuehlwein for your next event?

October 19, 2015
Some brands just have it. You know, that special something that makes consumers crave their products. This topic ...
Read more

The Power Of An Experience-Driven Brand

September 09, 2015
I have had the privilege of spending time withJ.P. Kuehlwein,executive vice presidentof Frédéric ...
Read more

Some brands just have it. You know, that special something that makes consumers crave their products. This topic was on deck Tuesday, October 13, during a presentation by JP Kuehlwein, Executive Vice President of Frédéric Fekkai, and co-author of "Rethinking Prestige Branding Secrets of the Ueber-Brands."; Held at FIT's John E. Reeves Great ...
Read More

The Power Of An Experience-Driven Brand

I have had the privilege of spending time withJ.P. Kuehlwein,executive vice presidentof Frédéric Fekkai, to discuss his views about what's next in the domain of brand management. After readingRethinking Prestige Branding: Secrets of the Ueber-Brands, the book that he co-authored with Wolfgang Schaefer, global chief strategy officer at ad age...
Read More