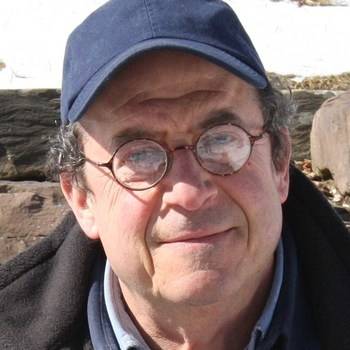 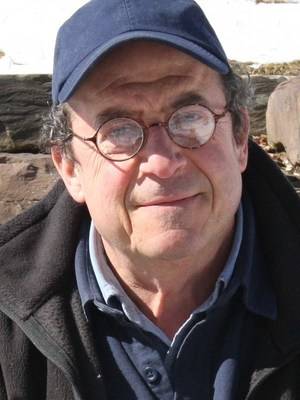 Jon Katz - NYT Bestselling author, former television producer and dog lover - has captured America's attention with his compelling work on dogs and rural living. His talent reaches through all forms of media including novel, documentary, online content and print.

New York Times Bestselling author Jon Katz writes about dogs, farm animals and rural life. "I had dogs for much of my life," he says of his writing career, "but until a troubled border collie landed in my life in New Jersey in 2001, I never gave them much thought. Since then, much of my life has changed, and changed radically." Since that time, Katz has written five books about dogs, farm animals and rural life. And, he has become one of America's most respected and quoted dogs and companion animal writers.

Before becoming an author and critic in the late 1980's, Katz worked at a number of media institutions--serving as a reporter and/or editor at the Boston Globe, The Washington Post, the Philadelphia Inquirer, and the Dallas Times-Herald. In addition, Katz was the executive producer of the "CBS Morning News." While employed with CBS, he produced a documentary with Bill Moyers called "Big Gamble in Atlantic City."

Jon Katz has written six works of fiction, the novel "Sign Off" and a mystery series, and penned ten works of non-fiction. His work has appeared in The New York Times, GQ, Rolling Stone, Wired, The Bark, Family Dog Magazine, New York Magazine, and the AKC Gazette. Katz writes about dogs and rural life for the online magazine Slate.com and is co-host of Northeast Public Radio's monthly broadcast "Dog Talk." His books on dogs include "A Dog Year", "The New Work of Dogs", "The Dogs of Bedlam Farm", "Katz on Dogs", "A Good Dog" and "DOG DAYS". The HBO Films adaptation of A Dog Year starring Jeff Bridges (playing Katz) will be released in theaters around the country. He is also a member of the American Pet Dog Trainers Association (APDT).

Katz enjoys living with and writing about dogs, and especially loves learning to manage his raucous farm. "I am not a real farmer. My crop is stories, not alfalfa, but I have to manage this place, and I love it dearly and plan to live and write here until they drag me away. No writer could ask for more material than a farm provides every single day. And it is a perfect environment to train and work with my dogs. I love the working breeds, and herding sheep with the border collies is among the most challenging and satisfying experiences of my life."

He has written extensively about attachment theory--why compels us to love some species of animal and the explosion of companion animals (dogs, cats, horses, fish, birds and others) in the lives of Americans. "Something truly extraordinary is happening between Americans and animals. The more disconnected we become from one another, the more we are turning to animals for love, support, loyalty and companionship. This can be wonderful, but also at times disturbing," he says. "There are times we lose sight of the fact that these creatures are wonderful animals, not little people. I sometimes think we are taking better care of cats and dogs than one another. As much as I love my dogs, I struggle to keep perspective and boundaries around my relationships with them. I love them because they are dog-like, not people-like. They don't sue or scream on talk shows. I don't want to lose that."

Jon Katz is married to journalist and Columbia University professor Paula Span. Their daughter Emma Span is a sports writer living in Brooklyn. The Katz lives on Bedlam Farm in upstate New York with yellow Labs Pearl and Clementine; his border collies Rose, Izzy, and Emma; his donkeys, Lulu, Fanny, Jeannette and Jesus; his barn cat Mother; his steers Elvis and Harold; the cow Luna; Winston the Rooster; three hens; and a flock of sheep.