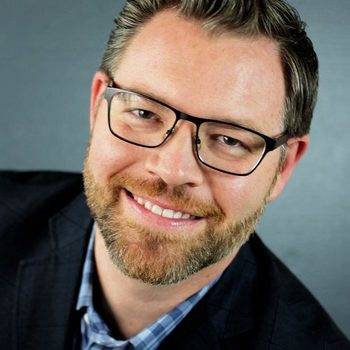 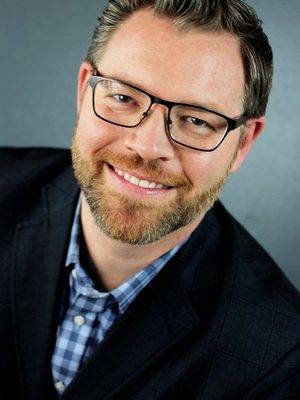 Jason Hewlett's speaking career began following the performance of his popular One-Man Show at a corporate event. The client was so impressed with the powerful messaging Jason included in his act that he was asked to be the keynote speaker for their Management & Leadership Conference the following year. Jason's customized presentation and content, combined with music and comedy, was so well received it has turned into multiple speeches for nationwide clients.

While Jason has received awards in the arts and entertainment industry, he has been hired for some of the largest corporate events in the world. His reputation has transformed from someone who delivers an incredible, standing ovation show worthy of Las Vegas praise, AND a keynote speaker sharing practical business principles applicable for leadership, entrepreneurship, and cultural impact.

Having delivered thousands of corporate presentations for front-line motivation and management instruction, Jason's talks combine message, authenticity, humor, music, and impersonations. His talks feel like a show with a message, or a keynote speech with entertainment, while remaining a G-rated, family-friendly, corporate ready experience. Few performers can match the level of laughs, energy, and appropriate material for any audience. Jason Hewlett is constantly brought back again and again by his clients.

In addition, combining his ability as a seasoned speaker, entertainer, and behind-the-scenes event advisor, Jason has become one of America's top Master of Ceremonies/Emcees for the largest corporate and charity events. Whether a 3-day convention or an awards gala, Jason keeps the energy, laughs, and excitement going throughout, while allowing executives to take a back seat and enjoy the conference rather than stress about running it.

With over 2,000 presentations for Fortune 500 companies and clients such as American Express, Delta Airlines, the Salt Lake Olympics, Experian, NuSkin, Younique, Coca~Cola and Wells Fargo, Jason Hewlett is your go-to solution for a keynote, entertainment and emcee.

Credentials
Inducted into the prestigious Speaker Hall of Fame, one of the youngest ever inducted with the CPAE Council of Peers Award for Excellence

Invited to be part of a Middle East Tour in support of the US Military in Kuwait, Afghanistan & Africa

Author of Signature Moves: How To Stand Out In A Sit Down World

Viral Facebook post about "I Saw My Wife at Target Today" has been read by over 100 million people; the story has appeared on news outlets worldwide

Recipient of the National Outstanding Eagle Scout Award from the Boy Scouts of America, awarded to only 800 men in the history of scouting (Jason has also earned the Eagle Award)

Jason's hobbies include hiking in the mountains, writing music, playing with his kids, and staring at his wife. His greatest accomplishments all live within the walls of his home. He is a husband to the most beautiful woman in the world, Tami, and Dad to four incredible young children who serve as his inspiration and help deliver material for his presentations. As a family, the Hewlett's donate over 20 hours per month in community service, volunteering, mentoring, outreach, and philanthropy to worthy causes in their home state of Utah.