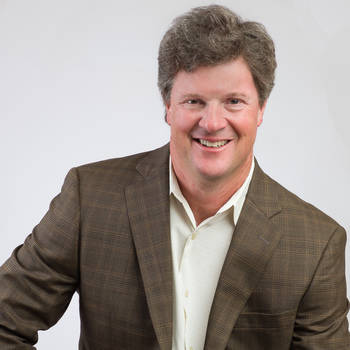 Greg Schwem is not your typical comedian.

While he travels around the country and makes thousands upon thousands of people laugh, he’s not doing it in comedy clubs. Instead, Schwem entertains business audiences in the corporate world, and he’s been doing it successfully for over a decade.

A self-described “business humorist,” Schwem has performed for the likes of Microsoft, McDonald’s, IBM, General Motors, Cisco, Verizon, AT&T, Hewlett-Packard, Toyota, and hundreds more. “I’ve worked for just about every industry—everything from insurance to retail, real estate to construction, restaurants, and automotive—in every type of occupation, whether it is engineering, marketing, or IT. I’ve done shows for a thousand human resource individuals. Try doing that,” he jokes.

Schwem began performing stand-up comedy in high school and continued in college, but hadn’t thought of it as a career. A Chicago native, Schwem worked as a journalist after graduating from Northwestern University, and later, as a television reporter. But comedy kept calling.

In the early ‘90s, Schwem was performing in comedy clubs throughout the country. At the time, the technology boom had started—for the first time in history, most people owned computers. The thing was, they didn’t really know how to use them. Schwem joked about how people were trying to figure them out.

Schwem’s material about computers and technology would end up changing his life.

From Comedy Clubs to Corporate Stages

Schwem’s work-related jokes resonated with his audiences. “I would have people come up to me after the shows and say, ‘If you came down to my office and told those jokes… people would go crazy because you just described exactly what we’re going through.’”

Companies who had seen Schwem’s club act began hiring him for events. “Little by little, I started seeing that there was this whole other avenue out there,” says Schwem. He started transitioning his act over to the business world. Today, he performs solely for the corporate market.

Before gigs, Schwem sends each business a questionnaire to find out as much as possible about who they are and what they do. He speaks with decision-makers on the phone, and finally, he goes to the internet. “I get on their website, and I start looking at their products and reading. Sometimes some of the stuff on their website just sounds funny… A lot of these people don’t realize [how funny it sounds] because they’re close to it.

“That’s why I just love working for, say, engineers, IT people, or people who do really complex things. It makes them laugh because they say, ‘Oh my God, we really do sound like that!’”

As for leaving the comedy clubs behind, Schwem has no regrets: “I know that I’m not going to have to deal with drunken bachelor/bachelorette parties. I’ll be able to actually ply my craft. That’s not saying that I’ve never been interrupted at a corporate show, but I think there’s about a 99.9% chance that nobody’s going to be stupid.”

Most importantly, he loves what he does. “I just think being able to entertain people and having them come up to you afterwards and say, ‘That was great. That was exactly what I needed,’” says Schwem. “We don’t laugh enough.”

For information on how to book Greg Schwem for your next event, visit premierespeakers.com/greg_schwem.

Want Greg Schwem for your next event?

September 25, 2013
Greg Schwem is not your typical comedian. While he travels around the country ...
Read more

Greg Schwem is not your typical comedian. While he travels around the country and makes thousands upon thousands of people laugh, he's not doing it in comedy clubs. Instead, Schwem entertains business audiences in the corporate world, and he's been doing it successfully for over a decade. A self-described "business humorist,"; Schwem has per...
Read More