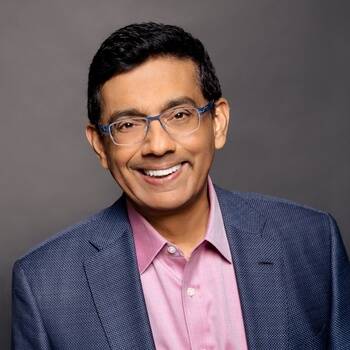 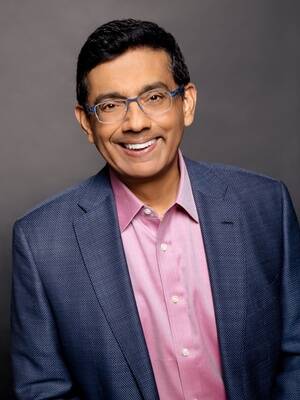 Dinesh D'Souza is a bestselling author and award-winning filmmaker. His political documentaries "2016: Obama's America" and "America: Imagine a World Without Her" are among the highest-grossing political films of all time. An immigrant who grew up in Mumbai, India, Dinesh came to the United States in 1978 as an exchange student. He attended Dartmouth College, graduating Phi Beta Kappa. He was a domestic policy analyst at the Reagan White House, and also a scholar at think tanks such as the American Enterprise Institute and the Hoover Institution at Stanford. Dinesh has written nearly 20 books and made five movies. His latest book "United States of Socialism" was a New York Times bestseller. The film based on that book, "Trump Card," released on video on demand in the fall of 2020. He teamed up with his wife Debbie to produce a daily podcast which debuted January of 2021 and is part of the Salem Podcast Network.