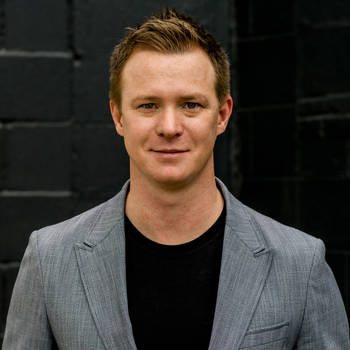 Millennials are often the brunt of many jokes, but there are many positives about our generation. We tend to want to make a difference, we’re willing to branch out and try new cities and new jobs, and we tend to be well read. But, as with any generation, we also have our weaknesses, and it is growlingly apparent that our addiction to technology is one of them.

Joelle Renstrom is a writer and professor at Boston University. She did an experiment that made her students turn off their phones, and the results were astounding.

Many of the students didn’t know how to read a map, couldn’t remember things that they Googled, and did not understand the importance of reading or writing on real paper. They also recognized their phone obsession is in fact, an addiction.

Professor Renstrom worked with a California-based company, Yondr, which uses locked pouches, similar to the magnetic security clasps on clothing at most department stores, to lock phones away during events. Their motto is “be here now.” Renstrom mentions they are used by comedians like Dave Chappelle at shows where they don’t want the audience filming them. Time magazine notes that some high schools are now using the technology to monitor student’s phone use.

The classes' views on losing their technology was mixed, as many recognized that their phones were a distraction but still found ways to check them during class or instead used their laptops as a mechanism to reach the outside world.

Renstrom noted, “Unfortunately, societal norms suggest that phone use is an acceptable response to boredom. But as philosophers such as Søren Kierkegaard and Bertrand Russell have argued, boredom is essential — it ignites imagination and ambition. Boredom isn’t something from which students need rescuing.”

My mom always used to say that if we were bored she would give us something to do, that something was usually chores.

Anecdotally, I’ve noticed with my own daughter that if the screen isn’t around, she doesn’t ask for it. She will entertain herself and often imagines play scenarios or things to do from play-doh to coloring to dress up.Time magazine also noted that there was a connection to American teens' use of smartphones and their levels of depression. Thankfully, my oldest daughter is not depressed, but when there is too much screen time involved (like on my recent maternity leave), her demeanor definitely changes for the worse.

Studies have shown that the more screen time a child has, the less likely they are to be able to react to environmental changes in the future, especially if a lot of screen time occurs between birth and the age of 3 when the developmental parts of their brain are rapidly growing. Additionally, their ability to communicate with and make friends is affected as well.

So, how many in this new electronically and technologically savvy generation will truly be able to work better and efficiently? We cannot ignore the positive effects technology has, but the side affects must be acknowledged as well. How many of them will allow themselves to experience boredom which in turn can generate great ideas?

If the United States can’t grow and foster these long-term visionaries and leaders, are we doomed to have an entire generation just posting on social media and not actually doing things? It's a problem we’ve seen with the hashtag culture that many fellow conservatives have written about. As Gracy Olmstead notes at The Federalist, change needs to happen offline, even with all the chatter creating a wave of positive awareness online.

We need the idea makers and the long-term thinkers and planners in our society, not just in the business world but in education, the arts and, of course, politics.

There is an opportunity for conservatives to rise up and make sure their children, and others in their circles, are capable of penning things on real paper, of reading and retaining something that is longer than a page view, and of even conducting the ability to debate both sides of an argument effectively and thoughtfully.

Curt Steinhorst, is a millennial who has made a living talking about distractions of all kinds, not just electronic ones. He argues that you can be a better boss, employee and much more efficient if you push away distractions and hone in your focus. In his new book, he discusses how our technology-rich environment has made most employees’ projects and work life recede in their quality. And he is typically dealing with GenXers and older generations.

Let’s get back to the days of us and our kids being “bored” so we’re forced to (as my 4 year old says) “come up with a plan and do something fun!” The world would be all the better for it.

Want Curt Steinhorst for your next event?

August 17, 2021
Intro: Welcome to Beyond Speaking with Brian Lord, a podcast featuring deeper conversations with the ...
Read more

#276: Curt Steinhorst-Can I Have Your Attention? While it may not be possible to eliminate all the daily distractions (we're looking at you, 24/7 emails, social media notifications, and nonstop text messages!) in our lives, best-selling author Curt Steinhorst says we can all become measurably more focused by being intentiona...
Read More

A Research-Based Approach to Multitasking

Working for your boss can be hard enough, but workers in stakeholder-driven jobs have the added pressure of working for, essentially, multiple bosses. Professionals in market research, human resources, and learning and development (L&amp;D) - along with other integrated departments - spend their days fielding requests from and providing deli...
Read More

Zhang Peng/LightRocket via Getty Images ByELISHA KRAUSS October 21, 2017 Millennials are often the brunt of many jokes, but there are many positives about our generation. We tend to want to make a difference, we're willing to branch out and try new cities and new jobs, and we tend to bewell read. But, as with any generation, we ...
Read More