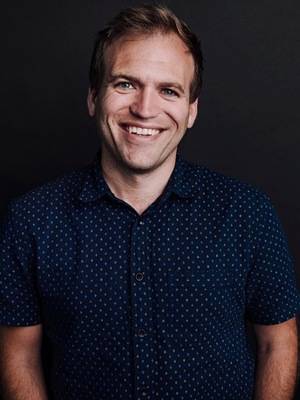 Rev. Johnnie Moore has been called one of America's most influential evangelical leaders and he is especially known for his multi-faith work at the intersection of faith and foreign policy. His effective human rights and religious freedom advocacy prompted the Communist Part of China to sanction Moore in 2021.

He is the author of seven books including Defying ISIS: Preserving Christianity in the Place of Its Birth and The Next Jihad: Stop the Christian Genocide in Africa.

He was twice appointed as a Commissioner for the United States Commission on International Religious Freedom, serving across the Trump and Biden administrations.

Also, in 2017, he became the youngest ever recipient ever of the prestigious "medal of valor" by the Simon Wiesenthal Center, a leading Jewish human rights organization, at their annual Tribute Dinner, a star-studded affair in Beverly Hills chaired by more than two dozen leading lights of Hollywood. On the same evening the late Israeli icon Simon Peres was a posthumous recipient of the same honor.

He was involved in the drafting of King Hamad bin Isa Al-Khalifa of Bahrain's landmark Bahrain Declaration on Religious Freedom and Peaceful Coexistence in the Middle East. One month later, he helped lead the first ever evangelical delegation to meet with Egyptian President Abdel Fattah el-Sisi; on the same trip the delegation met with the present and previous Grand Muftis. In order to promote religious freedom, and as an advocate for religious minorities, he has held similar meetings with heads of state throughout the Islamic world including with the Crown Prince of the United Arab Emirates in 2018, twice with the President of Azerbaijan, and twice with the Crown Prince of the Kingdom of Saudi Arabia in 2019 and 2018. In September 2018, Christianity Today Magazine noted that Moore was the most high profile evangelical ever invited to visit the Kingdom of Saudi Arabia as a religious leader. Moore is a noted evangelical friend of the State of Israel and has met Israeli Prime Minister Benjamin Netanyahu and members of Prime Minister Naftalie Bennett's coalition as well as with various Palestinian government and civil society leaders. In 2020, Moore was credited with playing a significant role in the once-in-a-generation peace deal negotiated between the United Arab Emirates and the State of Israel.

Moore speaks regularly in the national media and has written for many national news publications including CNN, the Religion News Service, The Washington Post, and Fox News.

Eventually, his advocacy for persecuted Christians played a role in raising over $25 million dollars in emergency assistance for various organizations to help those communities, including the evacuation and resettlement of approximately ten thousand of them, including threatened Christians and Yazidis.

Moore was also intimately involved in the advocacy for genocide resolutions against ISIS passed unanimously in both houses of the United States Congress and in the British and European Parliaments. On the eve of Secretary of State John Kerry's statutorily required assessment of ISIS' activities, Moore appeared at a press conference at the National Press Club alleging that Secretary Kerry would go down in infamy as a genocide denier. The next day, under immense and bipartisan pressure, Sec. Kerry reversed his position and declared ISIS guilty of genocide.

Moore continues to invest a significant amount of his time and energy speaking out on behalf of human rights, promoting religious freedom, and combatting Christian persecution as well as anti-Semitism around the world. He serves on the Anti-Defamation League's Task Force for Minorities in the Middle East and is on the advisory council of the Combat Anti-Semitism Movement, alongside luminaries like Natan Sharansky and former senator Joseph Lieberman.

To that end he has lectured at diverse institutions including Liberty University and Union Theological Seminary (also once the seminary of Dietrich Bonhoeffer). He is a fellow of the Townsend Institute for Leadership and Counseling at Concordia University. He has spoken at Georgetown University's Institute of Politics and Public Services and the USC's Annenberg School of Journalism. He was a delegate to the middle east meeting of the World Economic Forum in 2019.

In the 2016 presidential election, Moore first served as a spiritual advisor to Dr. Ben Carson before being tasked to help organize - and serve on - candidate Trump's influential Evangelical Advisory Board. In 2016, Moore noted that he would have also served as an informal advisor to democratic nominee Hillary Clinton had he been invited because "religious leaders are not responsible for whether their advice is taken but whether they had the opportunity to provide advice and chose not to."

Previously, he held executive positions in higher education and in Hollywood, most recently as chief of staff for mega-producer Mark Burnett and previously as Senior Vice President of Liberty University, one of largest faith-based institutions of higher education in the world and the largest not-for-profit university in the United States.