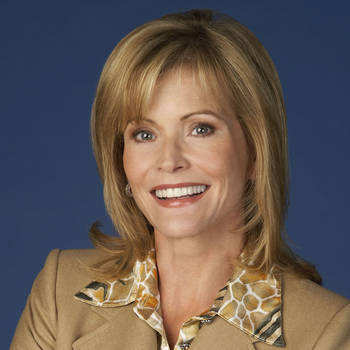 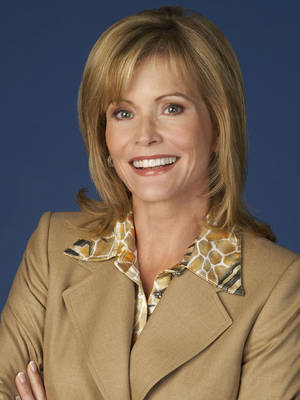 An Emmy and duPont-Columbia Award-winning journalist, and the youngest state judge to ever be elected in Texas, Catherine Crier is now a managing partner in Cajole Entertainment developing television, film and documentary projects.

A Dallas native, Crier earned her Bachelor of Arts degree in political science and international affairs from the University of Texas and her Juris Doctor from Southern Methodist University School of Law. She began her career in law in 1978 as an Assistant District Attorney then Felony Chief Prosecutor for the Dallas County District Attorney's office. From 1982 to 1984, Crier was a civil litigation attorney with Riddle & Brown, handling complex business and corporate matters. In 1984, she was elected to the 162nd District Court in Dallas County, Texas as a State District Judge. During her tenure on the bench, Crier also served as Administrative Judge for the Civil District Courts and worked extensively with the ABA, National Judicial College, and Texas Legislature on legal issues. Shortly after her reelection to a second term on the bench, a chance meeting with a television news executive led to a dramatic career change.

In September, 1989, Crier was hired to co-anchor the premiere evening newscast on CNN. Additionally, she co-anchored Inside Politics, all election coverage, and hosted Crier & Company, a talk show covering news, politics and international issues.

Crier joined ABC News in 1993, where she served as a correspondent and as a regular substitute anchor for Peter Jennings on ABC's World News Tonight, as well as a substitute host for Ted Koppel's Nightline. She also worked as a correspondent on 20/20, the network's prime time news magazine program. Crier was awarded a 1996 Emmy for Outstanding Investigative Journalism for her work on the segment "The Predators" which examined nursing home abuses throughout the United States.

In October of '96, Crier became one of the founding television anchors for the Fox News Channel, with her prime time program, The Crier Report, a live, hour-long nightly show, during which she interviewed the leading news makers of the day. Additionally, she co-anchored the evening news, election coverage and Fox Files, a magazine news show aired on the parent network.

Crier released her first book, the NYTimes bestseller, The Case Against Lawyers in October, 2002. Her second book, A Deadly Game: The Untold Story of the Scott Peterson Investigation became a #1 NYTimes bestseller and was followed by Contempt--How the Right is Wronging American Justice, and Final Analysis: The Untold Story of the Susan Polk Murder Case. Her fifth book, Patriot Acts--What Americans Must Do to Save the Republic, was published on November 1, 2011.