Legendary Offensive Lineman and Member of NFL Hall of Fame (2007) 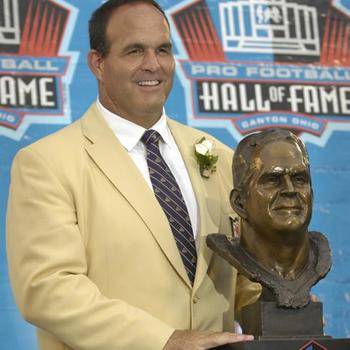 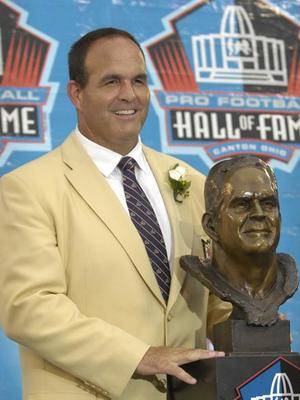 Arguably one of the best offensive linemen to ever play the game, Bruce Matthews was inducted into the Pro Football Hall of Fame in 2007 in his first year of eligibility after his 19 year career with the Houston Oiler/Tennessee Titan franchise. At the time of his retirement, Matthews had played in more NFL games (296) than any non-kicker in the league's history. Longevity, durability and versatility were his hallmarks, but that coupled with his unparalleled play, earned 14 consecutive Pro Bowl selections and named him All-Pro 10 times, making him one of the all-time greats. He rose to the challenges presented to him by starting every position on the offensive line during his NFL career (87 center, 99 left guard, 67 right guard, 22 right tackle, 17 left tackle). Matthews also served as the Oilers/Titans deep snapper on punts and field goals throughout his career. Matthews was introduced into the Hall of Fame by his former teammate and coach Mike Munchak, after providing the introduction for Munchak's induction in 2001. Matthews became the first current NFL player to provide an introduction for a Hall of Famer.

Matthews never missed a game due to injury and retired after the 2001 season. Matthews was honored by the franchise in 2002 by having his number 74 jersey retired. He was selected as a guard to the NFL's All-Decade Team for the 1990's and was one of two players to start every game during the decade. In 2000, Matthews received the Bart Starr Man of the Year Award and the NFL Alumni Offensive Lineman of the Year. In 2013, Matthews was named to the NFL Pro Football Hall of Fame All-Time Team.

Matthews was selected with the Oilers first round pick (9th overall) in the 1983 NFL Draft from the University of Southern California where he was an All-American and played with future NFL Hall of Famers Ronnie Lott, Marcus Allen and Anthony Munoz.

Following his retirement, Matthews returned to the Houston with his family where he coached his sons as a volunteer coach at Elkins High School (Missouri City, TX) and as a youth football coach. In 2009-2010, Matthews was an Offensive Assistant on the Houston Texans coaching staff. In 2011-2013 Matthews returned to Nashville for the opportunity to coach the Offensive Line for the Tennessee Titans under Head Coach, and former teammate Mike Munchak.

The Matthews family is considered to be the "First Family of the NFL." There have been 4 First round draft picks among the 7 Matthews who have played in the NFL. Matthews is the son of Clay Matthews Sr. who played for the San Francisco 49ers in the 1950's. His brother, Clay Matthews Jr., also played 19 seasons in the NFL as a linebacker for the Cleveland Browns and the Atlanta Falcons. Bruce is the uncle of linebackers Clay Matthews III (Green Bay Packers) and Casey Matthews (Minnesota Vikings). Matthews' sons Kevin (Carolina Panthers) and Jake (Atlanta Falcons) also play in the NFL. Son Mike is the starting center at Texas A&M. Youngest son Luke is a Varsity offensive lineman at Elkins High School.

Matthews and his wife Carrie (1983) have 7 children (Steven, Kevin, Marilyn, Jacob, Michael, Luke and Gwendolyn) and live in Sugar Land, Texas. Matthews hosts golf tournaments for the Greater Houston Fellowship of Christian Athletes and the Texas Special Olympics. Matthews' brothers Brad and Raymond were Special Olympics Athletes as is his daughter Gwen. Matthews speaks regularly about his career, family and faith.