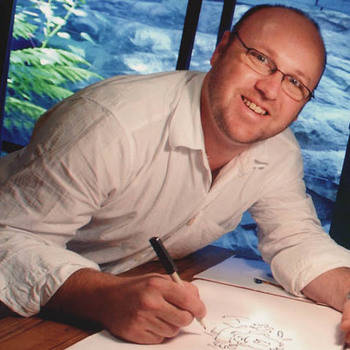 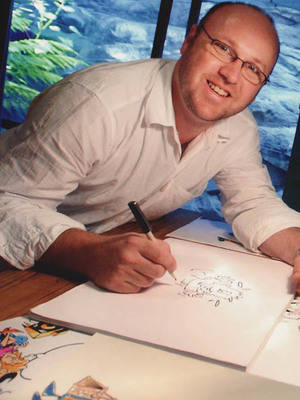 Brett Bower is an award winning cartoonist who began his professional career as an animator in 1982 working on animated classics such as Scooby Doo, Christmas Carol, Oliver and various television commercials.

He has worked as a cartoonist in The United Kingdom and North America and is a former President of the NSW Australian Cartoonists Association.

Brett Bower presents his motivational keynote speech called "THE ART OF SUCCESS" at events around Australia and New Zealand. Other topics include "Sales Skills" and "Adding Creativity to Presentations". Producing original cartoons and caricatures during his presentations, Brett brings creativity into a wide range of topics and has the natural talent to make your next event or conference a success.

His clients include St George Bank, MLC, Acer Computers and many more.

Brett has been a judge in recent years for the Rotary International Cartoon Competition as well as the Walkley Awards.

Brett is in constant demand by the corporate industry and appears at more than 100 corporate events each year!

Cartoons are truly a universal language! I would certainly recommend this approach for any organisation interested in a unique presentation.