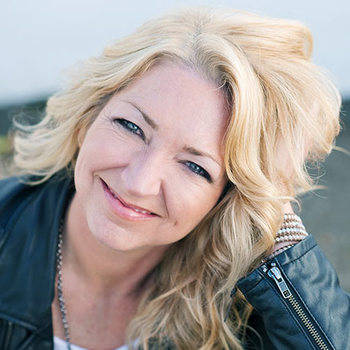 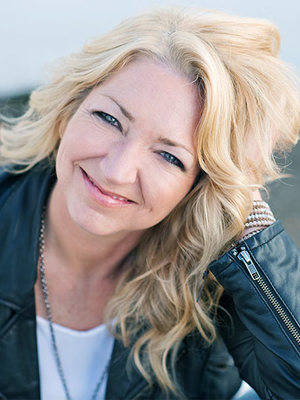 Ashley Fox is one of the NFL's most well-respected journalists and a trailblazer in the ego-infused world of sports media. During her 24-year career, including 7 years as a lead NFL reporter and analyst for ESPN, Inc., The Worldwide Leader in Sports, Ashley covered the United States' most popular sport for the largest sports media network in the world.

By being fair, honest and accountable, with unwavering professionalism and boundless optimism, Ashley earned the trust of professional athletes, ...

Ashley Fox is one of the more compelling, thoughtful, and effective speakers I have come across. Incredibly down to earth and committed, she is able to meet her audience where they are and to move them accordingly. In addition to liking Ashley a great deal, I have great admiration and respect for her.

I've seen firsthand her ability to engage audiences during her speeches. Her message on building and nurturing relationships, overcoming obstacles and succeeding as a female in a male-dominated profession has consistently received rave reviews from her audiences. I look forward to hearing her present again, and highly recommend her as a speaker.

I've known Ashley Fox since she became a regular on the Philadelphia Eagles beat a decade and a half ago. It was a team that I was very close with, albeit from a distance. I often relied on Ashley's eyes, ears and, most importantly, her written words for daily information, although she didn't know it. She quickly built a reputation for being accurate, fair and honest -- even if that truth at times ruffled some feathers. I got to appreciate her first hand when she joined our ESPN team in 2011. Ashley has succeeded in an arena where many others in her shoes would have failed miserably. Her words of wisdom are beneficial on many fronts.

Ashley is one of the few people that I have met that makes you feel like anything she tries she will be the best at.

It was a pleasure to work with Ashley as a speaker for the 2018 Chicagoland Risk Management Forum. Ashley was very well received by the attendees, they enjoyed her enthusiasm, her stories, and genuine passion for not only sports, but life! Her positive vibe resonated throughout her speech!

It was a pleasure to work with Ashley Fox as we transitioned from an in-person to a virtual event. We worked together to enhance the presentation by including an interview format in addition to her original keynote address. She joined our group for breakout room discussions following the event, too. Ashley brought positivity and energy that created a memorable experience. Her natural ability to connect with individuals had many asking to be put in touch with her afterward. I would work with her again to provide engaging and uplifting dialogue among peers.