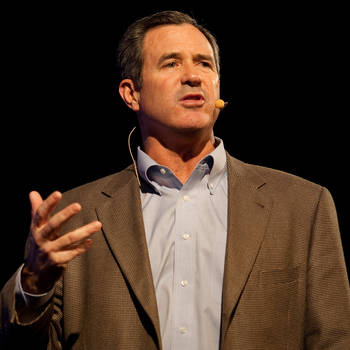 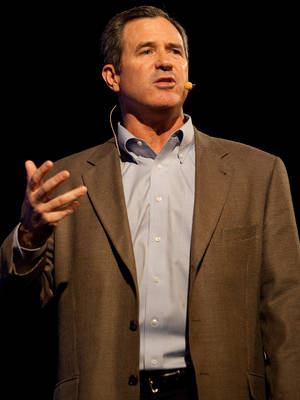 Major Anthony "AB" Bourke is a highly accomplished and decorated F-16 fighter pilot who flew tactical missions in service to our country all over the world. He has accumulated more than 2,700 hours of flight time in various high performance aircraft and was one of the first pilots to fly an F-16 in homeland defense efforts over New York City in the aftermath of September 11th.

Following his impressive military career, AB applied the tools and techniques that made him one of our nation's premier fighter pilots to the competitive world of business. He ascended rapidly to become the top producing mortgage banker in the Western US for a prominent lending institution. His success in the mortgage banking industry led to an opportunity with a California based start-up where his team dramatically grew annual revenue from $500,000 to $65M in just three years.

Following these two endeavors, AB combined his love of business with his passion for tactical aviation to build Afterburner Seminars, a global training company based on the lessons he learned in the military. While President & CEO, Afterburner grew into a best-in-class training company that was twice named one of Inc. magazine's 500 fastest growing companies.

Currently AB serves as CEO & Founder of Mach 2 Consulting and has shared his message of peak performance to more than 100,000 people in twelve different countries. AB brings his tactical knowledge and business acumen to the forefront of the management training world to share how fighter pilots, and other organizations where performance truly matters, can develop a feedback system to ensure continuous improvement and peak performance. His wealth of experience and ability to connect with audiences landed AB in Inc Magazine's 100 Great Leadership Speakers for Your Next Conference.