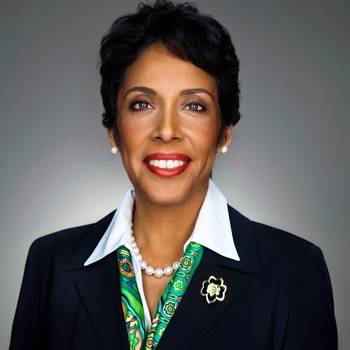 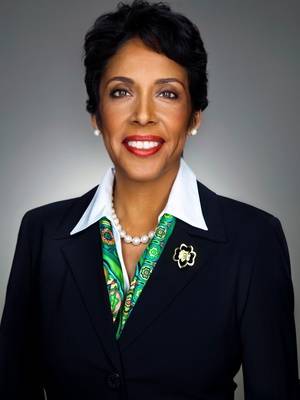 As one of the world's top experts on women's leadership, youth development, and aging, Anna Maria Chavez is a dedicated advocate for helping others across every stage of life. With 25 years of public service and non-profit leadership experience, Chavez is passionate about teaching the value of teamwork, inclusion and diversity, resiliency, strong leadership and self-motivation. Her keen insights and dynamic presentations have inspired thousands of individuals and organizations to lead authentically, work more collaboratively, and create dynamic impact.

Chavez was named one of FORTUNE's World's Greatest Leaders (2016) and honored as one of the most creative people in business by Fast Company (2014). She has been inducted into the U.S. News & World Report's STEM Leadership Hall of Fame. Recognized for her work supporting and empowering Hispanic communities, Chavez was the recipient of the 2013 Excellence in Community Service Award from the Mexican American Legal Defense and Educational Fund, as well as the 2013 Graciela Olivarez La Raza Award from UnidosUS (formerly the National Council of La Raza). She is also a member of the National Board of Directors for the Mexican American Legal Defense and Educational Fund.

Anna Maria Chavez is the Executive Director & Chief Executive Officer of the National School Boards Association (NSBA) and serves as an ex-officio director on its Board of Directors. NSBA, the leading advocate for public education, represents state school boards associations and the U.S. territory of the Virgin Islands, and their locally elected school board members. To advance the association's mission, serve its members, and champion educational equity, Chavez leads a team of policy, member services, legal, communications, and business experts.

Chavez is a skilled, multi-dimensional leader. Prior to joining NSBA, she was Executive Vice President and Chief Growth Officer for the National Council on Aging where she oversaw the day-to-day operations of the National Council on Aging (NCOA), the nation's oldest service and advocacy organization dedicated to improving the health and economic security of older Americans. Chavez ensured that NCOA's fiscal, operations, fundraising, marketing, consumer experience, advocacy, human capital, technology, programmatic, and organizational culture strategies were effectively implemented across all segments of the organization. She led the NCOA operations team in achieving NCOA's 2020 social impact goal one year early in 2019.

Chavez developed the leadership skills growing up in Eloy, Arizona, that would propel her into a career of public service. Her desire to transform the world through servant leadership led her to Yale University, before pursuing a juris doctorate at the University of Arizona. She held numerous posts in President Bill Clinton's administration and later returned to Arizona to serve then-governor Janet Napolitano.

Chavez's success led to her appointment as CEO of Girl Scouts of the USA, where she served from 2011-2016 as the first woman of color to lead the 104-year group with 2.7 million members in over 90 countries and 59 million alumnae in America. In 2016, she was named as one of the World's 50 Greatest Leaders by Fortune magazine, cited for her vision and creativity in working to revitalize the Girl Scout brand for a new century and was named number 22 by Fast Company in its annual list of the most creative people in business.

As one of the world's top experts on women's leadership, youth development, and aging issues, Chavez achieved that recognition by drawing on her 25 years of public service and nonprofit leadership. She brings a wealth of experience from previous legal, public policy, nonprofit management, and brand management positions in Arizona, Texas, Washington, D.C., and New York City.

Chavez's keen insights and dynamic presentations have inspired thousands of individuals around the globe to lead authentically and she has helped organizations work together more collaboratively and create dynamic impact. Chavez has appeared on CBS News, NBC's The Today Show, FOX News Channel, CNBC's Squawk Box, CNN, Bloomberg Radio, National Public Radio, and was a contributing writer on Huffington Post.