A Dynamic Speaker And Pacesetter On The Middle East, Terrorism And US National Security 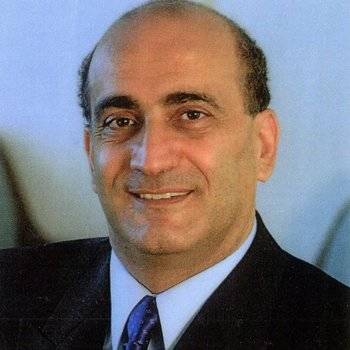 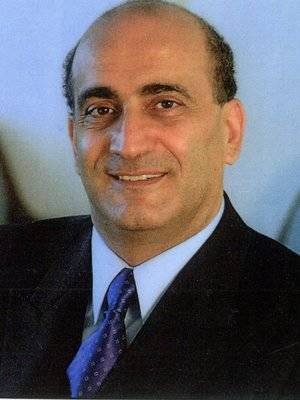 Dr. Phares is an engaging and highly sought after Middle East and foreign policy expert and pacesetter, often predicting trends and situations on the ground years before they occur. He has been a Fox News Terrorism Expert, and has appeared on world and national media, including BBC, CNN, NBC, France 24, al Arabiya, al Jazeera, and has been widely published in many countries.

He has served as an advisor to the US Congress and the European Parliament and has also served as an advisor on foreign policy to former President Donald Trump and a national security senior advisor to presidential candidate Mitt Romney in 2012. Dr Phares is the only expert/author who predicted the Arab Spring a year before it occurred in his pacesetting book, The Coming Revolution: Struggle for Freedom in the Middle East (Threshold, a division of Simon and Shuster 2010). His book Future Jihad: Terrorist strategies has predicted the spread of the Jihadi ideology worldwide and his other book "The Lost Spring" has accurately predicted Iran and Jihadists strategies.

Dr Phares holds an extensive CV and noteworthy achievements in the fields of academia, government strategies, media and publishing critical advice on combatting terrorism and countering jihadi radicalization both stateside and abroad.

He holds a Ph.D in international relations and strategic studies from the University of Miami, and a Political Science Degree from St Joseph University and a Law degree from the Lebanese University in Beirut and a Master in International Law from Universite' Jean Moulin in Lyons, France.

After having authored six books on Middle East politics and history (in Arabic) in the 1980s, Dr Phares authored another six in English stateside since the mid 1990s. His most important volumes were published after 9/11 starting with Future Jihad: Terrorist Strategies against America, (Palgrave Macmillan, 2005) and a critically acclaimed book that was ranked in the top ten books of the 2006 Foreign Affairs List. Future Jihad was read and cited by many members of Congress and the European Parliament. Dr Phares predicted the rise of jihadi urban networks and set forth strategies to counter them in the West and overseas. Dr Phares published two more books on global strategies: The War of Ideas (Palgrave Macmillan, 2008) explaining the ideological indoctrination and The Confrontation a policy strategy book designed to isolate radicals. In 2014 he published The Lost Spring: Avoiding Catastrophes in US Foreign Policy. And last year Dr Phares published "The Choice" a comparative analysis of the Obama, Trump and Biden agendas in world politics.

Media and colleagues alike, rave about Phares's hallmark book, which predicted the Arab Spring a year before it occurred: The Coming Revolution: Struggle for Freedom in the Middle East (Simon and Shuster, 2010). The book was endorsed by US Presidential candidate Mitt Romney, and praised by many leading figures in Congress, political circles and media on both sides of the Atlantic.
For almost two decades Dr Phares led seminars and trained analysts and officials at several US national security, defense and counter terrorism agencies. He also addressed international officers from two dozens countries on terrorism and conflicts.

Dr Walid Phares is a native of Beirut, Lebanon, and immigrated to the United States in 1990. He speaks fluent Arabic and French as well as English. Prior to moving stateside, Dr Phares was a student union leader, a lawyer, a publisher, a university professor, and founded a social-democratic party, which he represented in several political coalitions.