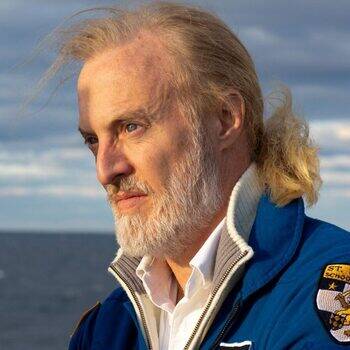 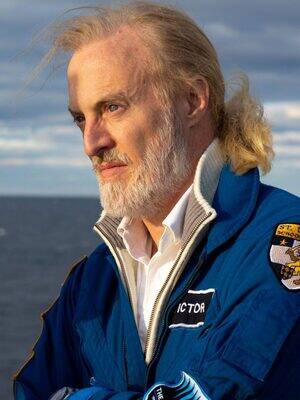 Victor is the first person to ever explore the deepest points in all five of the world's oceans. This is truly groundbreaking--more people have walked on the surface of the moon than have been to the bottom of even a single ocean. Victor's incredible talks reveal the challenges of designing and building the most advanced deep-diving submersible in history and share never-before-seen images from the ocean floor. He shares the complications and victories of diving to the deepest parts of the world, and what we can all learn from the 95% of our oceans that have yet to be explored.

Victor Vescovo leads a fascinating life. Currently the co-founder of Insight Equity, Victor has held many high-profile positions in the finance industry and holds degrees from Harvard, MIT, and Stanford--but he also served 20 years in the U.S. Navy Reserve as an intelligence officer, retiring in 2013 as a Commander (O-5). His principal duties involved operational targeting (Iraq, Kosovo, and Afghanistan theatres) and after 9/11 he was deployed to support counter-terrorism efforts overseas.

In 2017, Victor became the 12th American to complete the "Explorer's Grand Slam" which requires climbing the highest peak on all seven of the world's continents including Mt. Everest and skiing at least 100 kilometers to both the North and South Poles. In 2019, he made the deepest submarine dive in history in the Pacific's Mariana Trench, was the first person to do it multiple times, and in August became the first person to visit "The Five Deeps"-- the deepest points in all five of the world's oceans. Victor was also the first person to dive the second- and third-deepest points on the ocean's floor, the Sirena and Horizon Deeps, and also made the first solo dive to the Titanic. He is also rated as a multi-engine jet, helicopter, and submersible test pilot.