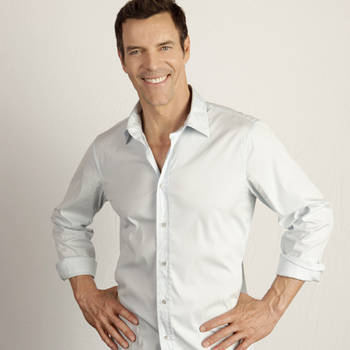 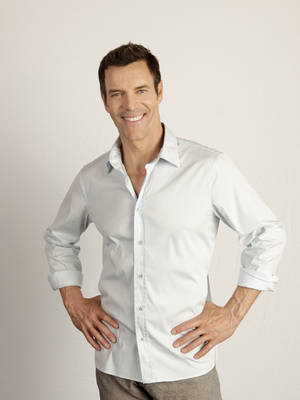 Meet Tony Horton. Tony Horton is the wildly popular creator of the best-selling fitness series: Power90 , Power Half Hour , Power90 Master Series , P90X , P90X2 , Ten Minute Trainer , One On One with Tony Horton , and his latest thirty-minute dynamo, P90X3 . Tony is a world-class motivational speaker and the author of top-selling books "Bring It" Crush It!" and the incredibly motivating, "The Big Picture." (Harper Collins) He has appeared on countless television programs as a fitness and lifestyle expert, and his latest undertaking is producing nutritionally balanced meals from Tony Horton Kitchen, a passion project Tony founded to make fresh, organic, wholesome foods available to busy folks via home delivery, which will soon be making their debut in 7-11 stores.

For the past 25 years, he has used his unique brand of humor to change the lives of over 8 million people through his incredible fusion of motivation, physical exercise, nutrition, and discipline. From world-class athletes, pro sports teams, celebrities and the U.S. Military, to corporate executives, couch potatoes, and busy moms and dads alike, Tony has what it takes to reach and teach them all.

Tony believes that real and lasting change can happen when we commit to health as a lifestyle. Exercise, whole foods, and the right mindset is the formula that leads to a vibrant, productive and full life for anyone who focuses on being the best they can be.

Tony recently completed the Tony Horton "Ripped and Ready" Tour with Armed Forces Entertainment, where he traveled overseas to reach our soldiers, airmen, sailors and their families motivating them with a fitness regime geared especially for them. Tony loved helping teach and lecture on how working out is the practical tool that helps them prepare for the rigors of their job. Tony makes many trips to Washington, D.C., where he regularly whips about 140 members of Congress into shape on Capitol Hill at the Results Gym.

With a whopping $500+ million in sales of an extremely impressive library of fitness programs like the highly acclaimed P90X , Power 90 , One on One with Tony Horton, Ten Minute Trainer, Power Half Hour , Tony & the Kids! (for ages 5 to 12), Tony & the Folks! (for senior citizens), and Great Body Guaranteed! , this East Coast (Rhode Island) native incorporates his personal training experience and engaging personality to get people of all ages moving and digging deep to get their best results.