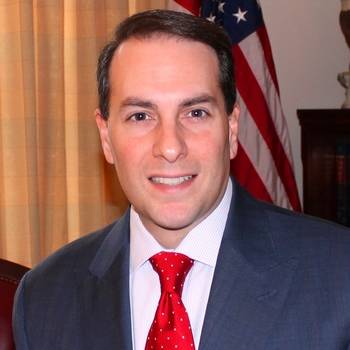 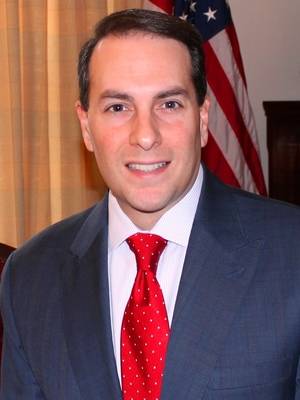 Bestselling author, host of 'Sunday in America' on SiriusXM radio, Forbes Contributor and former Bush Administration official, Tom Basile has developed a reputation as a powerful speaker who can inform, motivate and empower audiences with passion and credibility. He has spoken at major political, corporate, academic and non-profit functions across the country. His unique range of experience in government, politics, media and business make him a versatile speaker that can take audiences on a journey to explore their own potential as he discusses his insider perspective on topics including leadership, protecting freedom, Iraq and the War on Terror, effective communications, crisis management and his latest commentary on the national political scene. He provides informed analysis and inspires groups to participate in writing their own piece of the great story we call America. Regardless of the topic, Tom's goal is always to encourage others to take an active role in making their homes, communities, businesses and nation better.

From Wall Street to Baghdad to Washington Tom Basile has been in the middle of the action on the biggest stories and hottest issues of the last decade. In 2011, he was one of only two American conservatives featured as part of Time Magazine's Person of the Year spread about citizen engagement around the world.

Basile served seven months in Baghdad after the fall of Saddam Hussein as Senior Press Advisor to the Coalition Provisional Authority. While in Iraq, he was a spokesperson and strategist for the Coalition's media operations. He was awarded the Joint Civilian Service Commendation Award from the Department of Defense for his work with the Coalition. His critically-acclaimed bestselling book, Tough Sell: Fighting the Media War in Iraq, gives readers his personal account of the Iraq mission during that critical first year and the daily battle with the press to communicate about the war to the American public.

While in the Bush Administration he also served as Director of Communications for the Environmental Protection Agency and handled a range of special projects for the White House including President Bush's 2002 meeting with Pope John Paul II at the Vatican, the tour of former Presidents Bush and Clinton to tsunami-ravaged South Asia, the memorial service for the Space Shuttle Columbia Astronauts and Pope Benedict XVI's visit to the United States.

Basile has served as Executive Director of the New York State Republican Party, as a Consultant to the Republican National Committee during the 2004 Presidential Election, on the staff of the Bush-Cheney 2000 campaign and that of two Presidential Inaugurals. He is a professor at Fordham University where he teaches earned media strategy at the graduate level. Basile sits on the Advisory Boards of the Kalikow School of Government, Public Policy and International Affairs and the Hofstra University College of Liberal Arts and Sciences.

For more than a decade he has run his own strategic communications firm based in New York. He received his Juris Doctorate attending Fordham and Georgetown University Schools of Law and is a member of the New York Bar. He is married with young children and a golden retriever named Brooke.