Today we’d like to introduce you to Todd Nesloney.

After forming a friendship over social media, Todd and Adam finally met face to face at the National Association of Elementary School Principals (NAESP) Conference in Long Beach, California in July of 2015.

After forming a friendship through twitter and then meeting face to face at the National Elementary Principal Conference, Todd and Adam immediately hit it off. Adam went on to give Todd a hard time about not blogging often enough, and after being inspired by the NAESP Keynote Speaker, Erik Wahl, Todd and Adam sat down to write together. What they found was they both really had similar ideas about education. About eliminating excuses. About challenging conventional thinking. And from that first co-write together, #KidsDeserveIt was formed.

Kids Deserve It exists today to be a source of inspiration but also to be a place where ideas and opinions are brought about that may challenge the way things have always been done. Kids Deserve It is a place for passionate educators who don’t allow their circumstances to limit them. Who do whatever it takes for kids. And in June of 2016, Kids Deserve It! also became a book! There are also monthly t-shirt sales where 100% of the proceeds are donated to teachers’ Donors Choose projects, a weekly twitter chat, and a weekly podcast show as well.

He is also getting ready to release the next book in the KDI Collection. It is coming out in late December 2017 and will be called “Stories from Webb”. It’s written in the same vein as KDI, but will feature different stories throughout the book from members of his team over at Webb Elementary in Navasota, Texas.

We’re always bombarded by how great it is to pursue your passion, etc – but we’ve spoken with enough people to know that it’s not always easy. Overall, would you say things have been easy for you?
Starting a movement is no easy task. Though educators seemed to love the idea immediately we (Adam and I) had to make sure we kept our focus. We always wanted to create something that went back to the kids. Something that was more than just words. Where our actions matched. We feel like we’ve done a good job at that, especially through over $30,000 donated to teachers just from t-shirt sales alone.

The biggest struggle is figuring out how to keep growing the brand, in the midst of our full-time jobs. Kids Deserve It is a passion project and one that took off far faster and bigger than I ever imagined. So making sure I take care of and grow Kids Deserve It, while also making sure that I am taking care of my full-time job, being a principal, as well.

We’d love to hear more about your business.
Kids Deserve It (KDI) exists to encourage educators and challenge conventional thinking. To eliminate excuses educators make for why they believe they can’t do things within their own classroom or school.

I seek to amplify all voices through KDI. Those that people have heard from often and also those you can find along the side lines. Through the podcast show we’re able to really select people from all walks of life. From Newberry award winners, to Olympic Gold Medalists, to educators, to even an American Idol winner. We want to share peoples’ stories. We also have our monthly t-shirt sales where we donate 100% of the proceeds to Donors Choose projects for teachers. When Hurricane Harvey hit, we decided to make that month’s sales go fully to teachers affected by the Hurricane. We raised over $10,000 and were able to give all of that back to teachers in Houston. I also travel nationally and internationally speaking on KDI and innovative practices I did in my classroom, and now at my campus.

As an organization I’m most proud of the way we’ve been able to bring educators together to spread the message of the great things so many are doing in their respective fields. Where we seek to celebrate the innovators and boundary pushers. Where we focus on doing what’s best for kids. All kids.

What were you like growing up?
Growing up I was a very active child. My mother had me involved in everything from baseball, to gymnastics, to rodeo events. In my younger years you could often find me outside playing, building a fort or riding my four-wheeler.

Once I reached Jr. High I began to get much more involved in my church through youth-camps, mission trips, and volunteering for 13 summers as a camp counselor for Children’s Camp with my church. I was a student who worked hard. A kid who came from a single parent family. My mother worked cleaning houses while she put herself through college to become a teacher when I was in High School. I have always been someone who is drawn to social work and working with kids in any capacity. 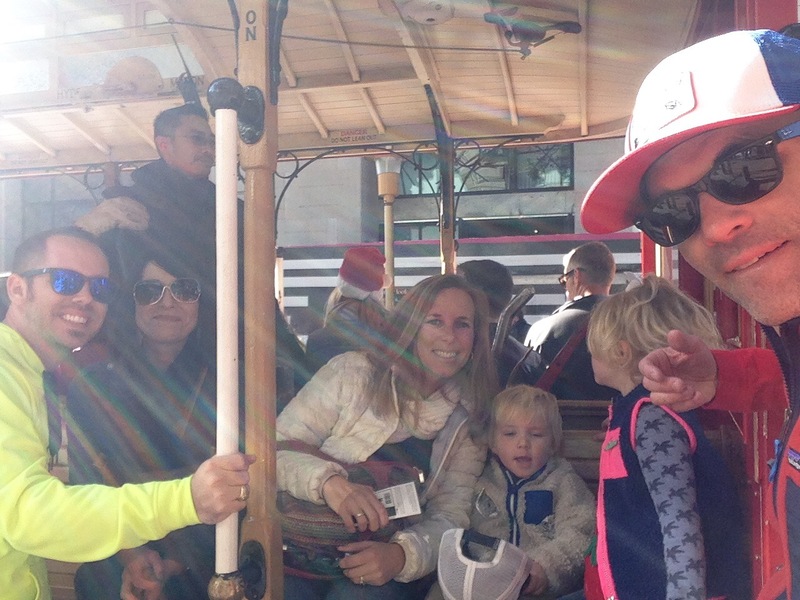 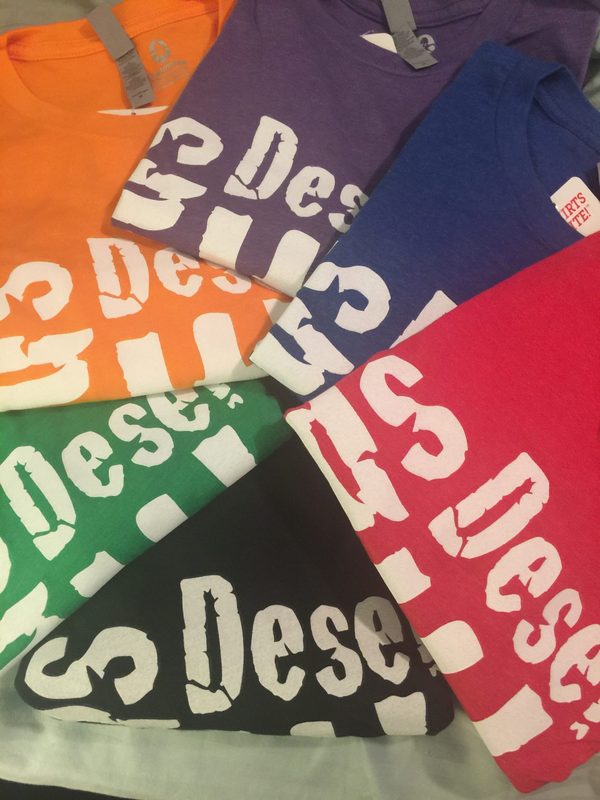 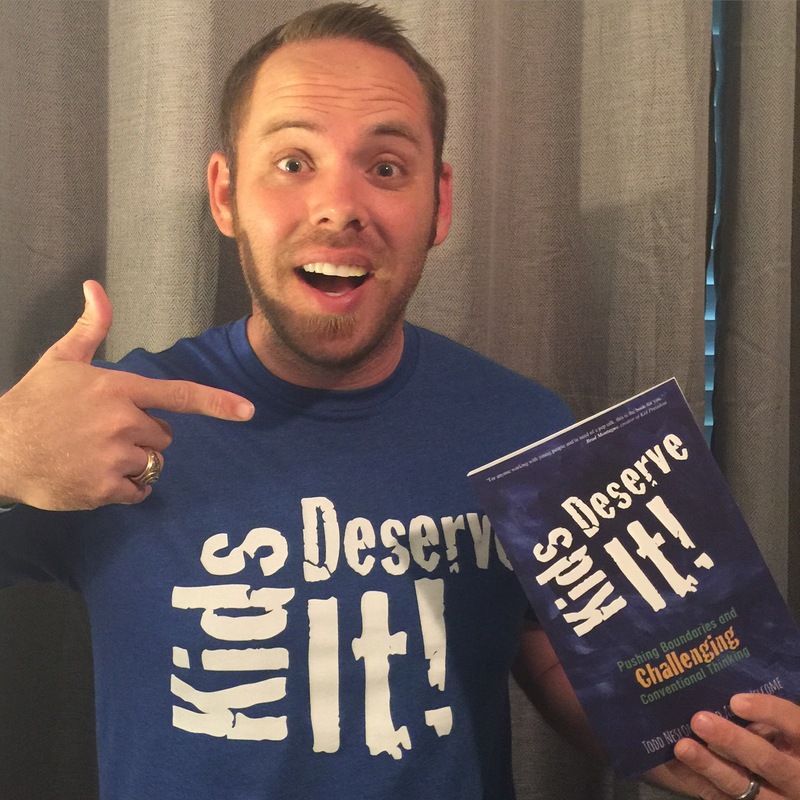 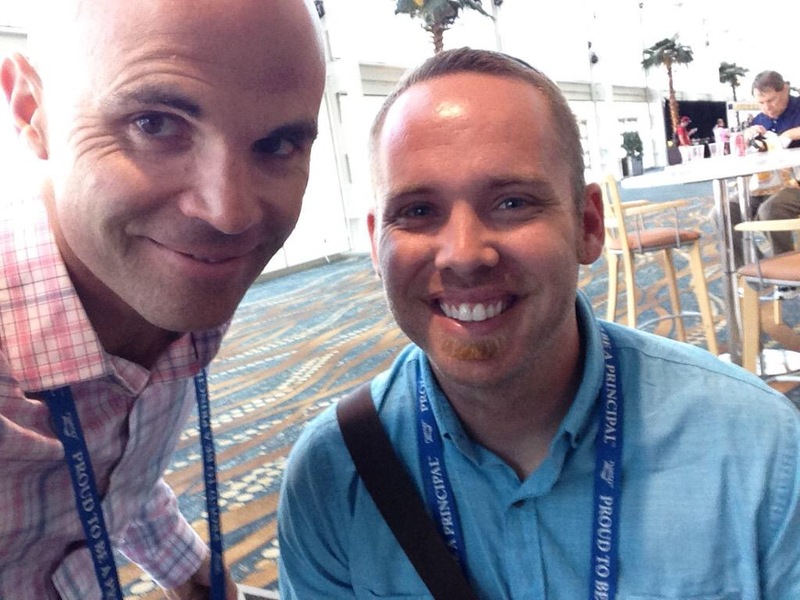 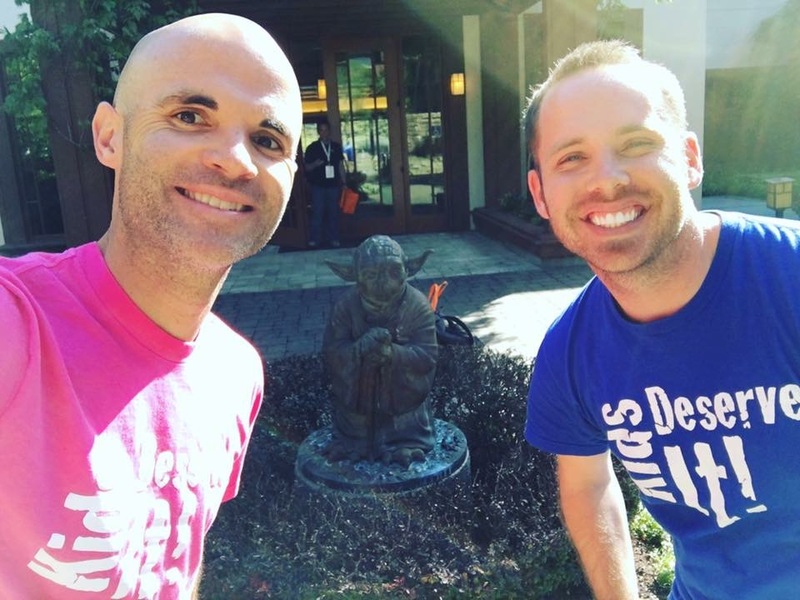 Want Todd Nesloney for your next event?

February 14, 2018
If there's one thing I've learned, to depth of my core, about being in education, it's how deeply we get connected to our ...
Read more

February 08, 2018
Listen to the Episode HERE! Leadership in Education Rick was going through his Twitter feed and found the ...
Read more

If there's one thing I've learned, to depth of my core, about being in education, it's how deeply we get connected to our students and how much of what goes in their little lives, affect ours. When I was deciding what I wanted to do with my life and the career path I wanted to take, I was sure I was going to be a social worker. I knew...
Read More

Listen to the Episode HERE! Leadership in Education Rick was going through his Twitter feed and found the hashtag #leadupchat which lead him to his guest through his hashtag #KidsDeserveIt. Rick contacted Mike Stephens, to hunt down Todd Nesloney, creator of the hashtag and movement for this very special interview and show. We are blessed ...
Read More

By Rebecca Fiedler rebecca.fiedler@theeagle.com Texas A&amp;M graduate Todd Nesloney, who has served as principal at Webb Elementary for four years, didn't just get book contributions from teachers, but also the school librarian, secretary, school nurse and others in the educational system. While there are stories about experiences t...
Read More

Today we'd like to introduce you to Todd Nesloney. After forming a friendship over social media, Todd and Adam finally met face to face at the National Association of Elementary School Principals (NAESP) Conference in Long Beach, California in July of 2015. After forming a friendship through twitter and then meeting face to face at the...
Read More

This post was co-written withJeff Veal. You can check out his bloghere. The Way It May Seem It seems these days that you can't turn on the tv, radio, or surf the web without bearing witness to another atrocity that has happened around the world. Sometimes those events are far away and easy to disconnect from, yet sometimes they happen ...
Read More

Todd Nesloney spent years and years diligently working his way up to Principal/Lead Learner at Webb Elementary School. He was eventually awarded Bammy's Principal of the Year as well as Teacher of the Year for his amazing example of innovation in the classroom. Since the recent release of the book Kids Deserve It!, which he co-wrote with his fri...
Read More

Book Launch | 'Kids Deserve It' Has Officially Hit the Shelves!

Congratulations to Premiere Exclusive Todd Nesloney on the release of his brand new book Kids Deserve It! Principal/lead learner and two-time Bammy Award recipient co-wrote the book with Principal and ASCA Principal of the Year, Adam Welcome. Todd and Adam met face to face at an NAESP conference and learned that they had similar visions fo...
Read More

So I'm in the middle of something that has already become a game changer for me (and hopefully my team too!)Coming back from the holiday break I really wanted to get some one-on-one face time with each of my team members. I wanted to spend more time listening to them and hearing them. Now, my team has 80 members, so it was going to be no small u...
Read More

White House Champion of Change, Lead Learner/Principal and brand new Premiere ExclusiveTodd Nesloneyknows exactly what it means to lead by example. His leadership role in education ranges from writing a children's book and co-authoring classroom improvement guides to being a resourcefor educators and students alike on how to most effectively u...
Read More